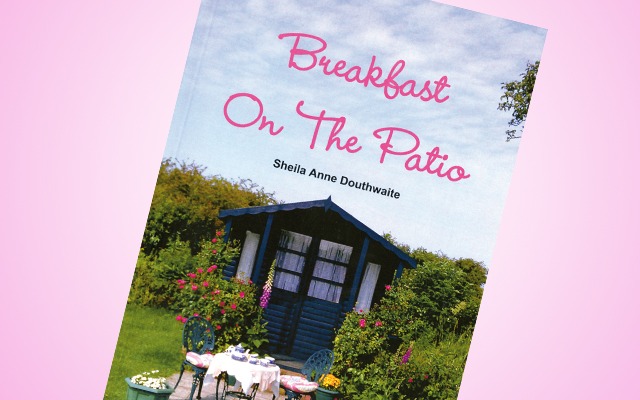 Breakfast on the Patio

Breakfast on the Patio by Sheila Anne Douthwaite
Published by All at Ivy Cottage, £12.99
Anyone who has ever longed to move from the city to the Lincolnshire countryside, perhaps inspired by the idea of open skies, relative peace and farming one’s own patch of land will find some interest in this first hand account of making precisely that move. Breakfast on the Patio is essentially a compendium of one family’s experiences of renovating a home. It complements an article by the same author, published in the Summer 2012 issue of the Lincolnshire Poacher, ‘An Inspiring Lincolnshire Cottage’. The book includes poems, to-do lists, handy suggestions on handling everything from bothersome flies to obstructive tractors, as well as photographs and diarist’s reflections upon the joys and frustrations of beginning a new life away from the hustle and bustle. It is a highly personal, down-to-earth read, rather than an authoritative guide, but it will offer consolation to anyone starting out on a similar endeavour. Breakfast on the Patio is available to buy through the Lincolnshire Shop at www.lincolnshirelife.co.uk

SHOOTING: A SEASON OF DISCOVERY BY THE DUCHESS OF RUTLAND WITH JANE PRUDEN
PUBLISHED BY QUILLER PUBLISHING, £30
This eyecatching, coffee table book reminds us how varied, fun-filled and fraught with issues the world of shooting can be. In an effort to get to grips with many of the aspects of shooting of which she had previously been unaware, the Duchess of Rutland spent an action-packed season travelling across the country, joining a variety of shoots – from shooting Grouse in Glenogil to Woodcock in the Isle of Muck. Talking to Guns, loaders, keepers and beaters along the way, the Duchess – who co-hosts the presitigious Belvoir Castle pheasant and partridge shoot with her husband, the Duke of Rutland – soon realised that the thrill of the shoot was but one part of this popular pastime. Conservation, bio-diversity and politics are an ongoing concern too. There is a wealth of historical information on the Belvoir shoots, helpful tips and inspiring recipes for game birds. There are plenty of striking photographs of the seasons and landscape, which make it suited to both a quick flick or a leisurely read.

THE WRY ROMANCE OF THE LITERARY RECTORY BY DEBORAH ALUN-JONES
PUBLISHED BY THAMES AND HUDSON, £18.95
This forthcoming book traces the experiences and creative lives of some of the most famous English writers to have taken up residence in a rectory and gives special attention to Lincolnshire born Poet Laureate, Alfred Lord Tennyson and ceramic artist Edmund de Waal’s childhood in the Chancery in Lincoln. A symbol of solitude and reflection, the inspiration that the rectory has provided for writers across the centuries is clear, even where family lives were troublesome, as in the case of Tennyson. The stories of these figures are well-researched and Alun-Jones writes in a clear, elegant style. The rectory brings to mind such romantic and gothic literary associations as Jane Austen and the Brontës, so for any readers who delight in reading about the lives of those far from the noise of modernity, with an attention to nature and matters of the spirit, this book is ideal.

NEWS
Walkers Bookshop in Sleaford is to close this month, after fourteen years of business. The family run bookseller, which also has branches in Stamford and Oakham, has won several industry awards in the past.

Popular author Margaret Dickinson this year celebrates twenty years of writing for publisher Pan Macmillan with the release of her twentieth title, ‘The Clippie Girls’ which is scheduled for release in February. The author will be visiting bookshops throughout Lincolnshire to sign copies of the book.

A new book written by Judith Withyman explores a century of life in the village of Pinchbeck. ‘Geese, Gowts and Galligaskins: Life in a Fenland Village 1560-1660’ is based on original research that Judith undertook starting in 1974 when she found some fascinating documents in the local church.