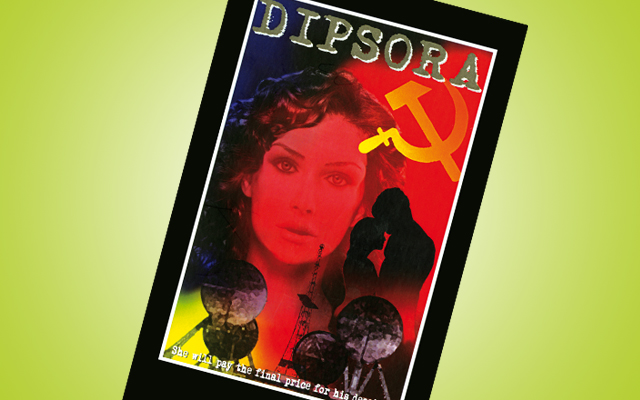 Taking inspiration from the county’s Stenigot Signals Relay Station and the very real possibility of Soviet invasion in the 1970s, author Jay Ramella has combined some unlikely ingredients for this Lincolnshire set novel. But DIPSORA’s blend of blogging, romance and Cold War intrigue against the backdrop of the Wolds is sure to draw many readers in. Online diarist Beth uses the platform DIPSORA to document her fascination with her mysterious new neighbour Keith, a widower, and his family. The novel brings out the similarity between espionage profiling and the norms of online interaction, by using relationship statuses and a likes/dislikes summation to introduce many of the characters. Where code words once enabled urgent and deadly messages to reach their intended targets, now we live in a world driven by continual messaging, of exclamatory acronyms and dismissive slang (from MAD to LMAO). By bringing two eras together and emphasising their shared interest in anonymity, privacy, communication, secrets and lies, Ramella has found an inventive basis on which to construct a romantic saga with plenty of family drama and elements of an international political thriller. The diary style can at times reflect the banalities of much online writing, and the strong language in places may bother some readers. However, the regular reports, from multiple points of view, on what is unfolding in a quiet Lincolnshire backwater will take you over page after page in order to find out more about Keith and his shadowy past, and just how close Soviets got to our doorstep. www.lincolnshireshop.co.uk

LIGHTHOUSES OF THE EAST COAST: EAST ANGLIA AND LINCOLNSHIRE BY ROBIN JONES
Published by Halsgrove, £16.99
An informative and eye-opening look at the many lighthouses that populate our county’s coast and the East Anglia region, Robin Jones’s new book complements the varied and often surprising stories of these towering beacons with rich colour illustrations. The history of Grimsby’s Dock Tower (designed as both a lighthouse and a hydraulic accumulator, but only used as the latter), Nocton Heath’s inland lighthouse which was the site of debauched and devilish occurrences in the sixteenth century, Boston’s St Botolph’s Church and the ‘Nene Twins’ shed further light on fascinating stories which may already be familiar to some readers of Lincolnshire Life. More than photogenic features of the seaside, and guides for those at sea, Jones’s book here confirms the curious stories and personalities behind the county’s lighthouses – an ideal guidebook with which to set out and explore the coast, as the summer approaches. Available from local stockists, or www.halsgrove.com

LINCOLNSHIRICS BY FRED DOBSON
Published by Richard Kay, £3.45
This reprinted edition of a short and sharp-witted series of cartoons with accompanying limericks of ‘Yellerbelly’ antics will appeal to any readers with a funny bone and a fondness for the Lincolnshire dialect. Dobson will be well-known to many as a previous contributor to Lincolnshire Life. From a ‘mardy ohd farmer from Louth’ to a ‘fed-up wife from Potterhanworth’, the characters of Dobson’s amusing and memorable verse find a lasting visual record in John Blundy’s accompanying illustrations. www.lincolnshireshop.co.uk

NEWS
A new community library book collection in Irby and Bratoft Village Hall, Brambleberry Lane, Irby in the Marsh has opened. The county council has provided 300 books for the service, which can be used by all in the community. Books can also be donated for the swap-book shelves, set up by the Village Hall Committee to give an even richer reading choice. The library currently opens for 23 hours a week: Monday 9am to 1pm and 6pm–7pm; Thursday 9am–1pm; Friday 6pm–11pm; Saturday 3pm–10pm.

Lincoln’s very own Philosopher on Tap, Trefor Davies has launched his first collection, ‘The Abandoned Sandy Shoe and Other Chinks in the Curtains of Life’, which consists of observations, mundanities and maybe some deeper reflections, many of which come in the form of poems. www.philosopherontap.com

Waterstone’s Lincoln High Street will be welcoming Jeffery Deaver back to Lincoln on Saturday 22nd June to talk about and sign copies of his latest Lincoln Rhyme title ‘The Kill Room’. The event will be held at 7pm, at The Collection, Lincoln. Tickets will be sold through The Collection box office – tel: 01522 782040.

The splendour of the Lincolnshire Coast today will be documented in a forthcoming book from English Heritage, ‘The English Seaside’. Donkey rides at Skegness, beautiful sandy beaches at Mablethorpe, the iconic East Bank Lighthouse (Sutton Bridge), and Cleethorpes pier built in 1905, are just some of the county’s exquisite seaside gems featured.

Detailing the history of the cultural landscape of the Lincolnshire, Cambridgeshire and Yorkshire Fenlands, Ian Rotherham’s forthcoming book ‘The Lost Fens’ draws together a story of changing landscapes, lost ways of life and wildlife. This volume illustrates the changes the Fenlands has seen and how it will continue to affect the climate in years to come. www.thehistorypress.co.uk