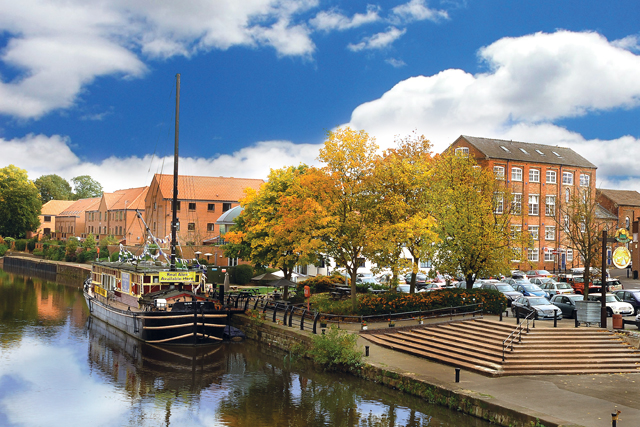 Going Home the Long Way Round

GOING HOME THE LONG WAY ROUND BY AVRIL FORD
Published by the author, Price £10

In 1994, Avril Ford was amongst the first women priests to be ordained at Lincoln Cathedral. This book tells her story, from a relatively lonely home life in Kent, to her thirst for success throughout her school years and the first stirrings of her religious convictions, to her diverse experiences as a priest.

Ford has an impressive grasp of the threads and patterns that link her home life as a girl to her developing beliefs and personality, without lingering on the sort of tedious details that can so often sidetrack well-intentioned, self-published autobiographies.

There are fascinating tales of Ford’s first years teaching in Horncastle, of her painful experiences of agoraphobia and its effect on her faith, and her Lay Ministry training in Caythorpe, as well as the usual ups and down of family life. Ford’s reminiscences are told with an honesty and hopefulness. One easily warms to her down-to-earth character, her self-awareness, her inner disagreements with certain accepted commonplaces of Christianity and her acceptance of both the pain and humour of life, all conveyed in prose that is by turns entertaining and saddening. The book will be available from Unicorntree Books, Central Market, Lincoln; Lincoln Cathedral Shop; Perkins Bookshop, Horncastle; or via email: donaldford@btinternet.com

THE BRITISH IN THE FIRST WORLD WAR BY FRANK WHITE
Published by Micawber Books,
Price £6.99
The centenary of the start of World War One will be the focus of much reflection next year, but with each new generation personal connections to the hardships of those war years are inevitably fewer. Author Frank White, who previously made the BBC documentary ‘Very exceptional soldiers’, has published a concise, engaging history of British involvement in the war to appeal to the modern reader.

White tells this important story in an accessible style, and puts his journalistic experience to good use, at times introducing smaller characters and moments within the conflict, from which he can extrapolate, tying individuals’ stories to the wider conflict. The author does not simply focus on the experiences of the infantry engaged in the conflict, but also the engineers and the supporting apparatus of the war effort too.

There is an endless amount of literature devoted to this devastating period of modern history, but White has here drawn upon his extensive knowledge and original research to offer a handy primer ideal for the school learner or the curious adult reader alike. Available direct from the publisher. Tel. 01756 794025

A NATURAL HISTORY OF GHOSTS BY ROGER CLARKE
Published by Penguin, Price £9.99
Roger Clarke has been preoccupied with ghosts since childhood and his knowledge extends to the context, history and research surrounding well-known and obscure focal points of unexplained activity. Clarke unpacks the distinctions between ghosts of various types, eras, locales and social milieus across numerous curious and disquieting tales – from the ghost of Anne Boleyn and a poltergeist at Epworth Rectory, to the scientific enquiry that continues to inform our thinking about centuries of spectral sightings, and about our own physiology and psychology. www.penguin.co.uk

BOOK NEWS
Almost 400 marchers convened in Castle Square, Lincoln on 21st September in opposition to Lincolnshire County Council’s plans to close 32 of 45 libraries in the county. People of all ages walked down Steep Hill, along Clasketgate and Silver Street before a pause at Lincoln Central Library in Free School Lane. Then they moved on to a rally addressed by ten speakers in City Square.

Tony Crossman, who works in Service Funds at RAFC Cranwell, has just published his second book of jokes and stories to raise money for the Lincolnshire Bomber Command Memorial, the Spire of Names. Tony served thirty-eight years in the RAF and is a member of the Station Charities’ Committee. If you would like a copy of ‘You’ll Be Having Another Laugh Then’, price £5, contact Tony at CRN-Spt-Accts-AuditClk@mod.uk

At Bookmark in Spalding, there will be a Roman Evening on 19th November, 7.15pm with a panel of fiction writers: Nick Brown, Harry Sidebottom and Henry Venmore-Rowland whose novels are tales of danger and daring in Roman times. Tel: 01775 769231

An exhibition of artwork relating to the British comic book character Judge Dredd is currently open at 20-21 Visual Arts Centre in Scunthorpe and will run until 7th December 2013. The exhibition features a gallery of original artwork from the pages of 2000AD and Judge Dredd Magazine between the 1970s and 2000s, which have been borrowed from artists, creators and collectors.