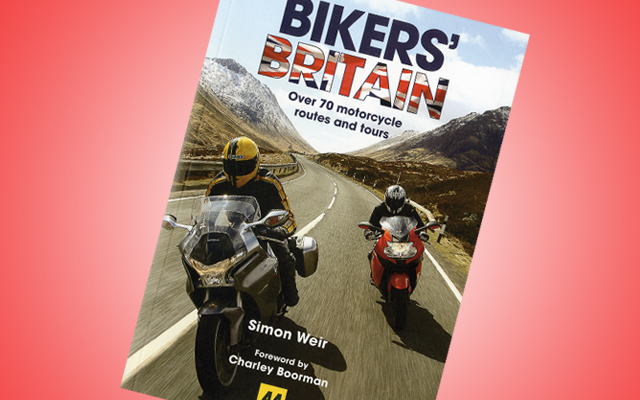 The recent heat wave will be pretty gruelling for biking enthusiasts trying to enjoy summer rides along the winding countryside roads in their leathers. But those who are still excited to ‘head out on the highway’ will find in this comprehensive book more than 70 routes covering much of the UK, for short afternoon outings or longer day tours, with the emphasis being on guiding riders in the direction of some of the most picturesque scenery the country has to offer. Two of Weir’s recommendations may be familiar to many Lincolnshire Life readers. The ‘Hypnotic Cocktail’ (less enticingly known as the A631), between Gainsborough and Louth, and ‘Lincolnshire’s Bends’, a circular route beginning in Horncastle, showcase some of our county’s offerings for bikers. The layout is simple and effective, with Weir’s light-hearted and informative short introductions, full–page maps and useful information for tourists making the book an unfussy go-to-guide best suited to those simply taking the road where it leads them.

THEY SPREAD THEIR WINGS BY ALASTAIR GOODRUM
Published by The History Press, Price £14.99
The feats and bravery of Britain’s servicemen and women during World War Two have been brought into sharper focus again recently with the Dambusters celebrations, one famous story from a war with countless overlapping lives and tales. Spalding based writer Alastair Goodrum has recently published this eye-opening book which documents the lives of six Lincolnshire teenagers who joined the Air Force, adding further to the wealth of aviation history within the county. Ordinary backgrounds are replaced by the training grounds of the RAF and then the perilous ‘theatre’ of war. Diaries, log books and other family archival materials have aided Goodrum in forming six portraits that will surely inspire respect and some sadness among readers. The excitement and anticipation of flying is palpable in these pages, but the realities of conflict hits home too. From the schoolroom to the sky, each pilot’s letters convey the frustrations of life in the forces just as readily as the adventures. Indeed, it is not only the courage of these airmen that inspire one’s admiration, but their ability to articulate their day-to-day lives in service through loving handwritten letters home. These are supplemented by Goodrum’s well-researched, in-depth analyses of the tactics and technical deployments which they were involved in. www.thehistorypress.co.uk

DEAD SPIT BY CARY SMITH
Published by the author, Price £6.99 pbk, £1.99 ebook
We were introduced to Lincoln based author Cary Smith last year, when he published ‘A Shot of Snuff’ his debut mystery thriller set on a remote Scottish island. Set in Lincolnshire, his new novel Dead Spit further demonstrates Smith’s ability to keep the reader turning the page by unravelling a plot full of surprises and strange occurrences. DCI Craig Darke finds himself pulled into a complex puzzle, deepened further by the death of an identical twin sister. There are many coarse characters, episodes of passion and brutality alike, and a caustic tone to the cultural commentary that colours the conversation, familiar from Smith’s previous novel. Available from Amazon for Kindle.

NEWS
Lincolnshire Poet Laureate Alfred Lord Tennyson owned an original copy of William Blake’s masterpiece Illustrations of the Book of Job, Lincoln academic Dr Sibylle Erle has discovered. Until now scholars were unaware that Tennyson owned one of the 150 original copies of Blake’s Job. Dr Erle has been working on an online exhibition about Tennyson’s copy of the book which can now be found at www.lincstothepast.com/exhibitions/tennyson. Other items from the Tennyson Archive are on display at Lincoln Central Library until 30th September.

Former British Special Forces operative and soldier turned novelist Chris Ryan will return to Lincoln on Sunday 1st September to talk about and sign copies of his new book ‘Masters of War’. The event will take place at The Collection on Dane’s Terrace from 7pm. Tickets £4 / £3 Loyalty Card holders from Waterstones High St branch 01522 540011 or The Collection box office 01522 782040.

Award-winning author and former Children’s Laureate Michael Morpurgo, OBE has been awarded an honourary doctorate by Bishop Grosseteste University, for his contribution to children’s literature and for his work setting up Farms for City Children.

Dr Mark F Smith, Principal Lecturer in the School of Sport and Exercise Science at the University of Lincoln has published a new in-depth study on the cutting-edge science behind golf. The book, ‘Golf Science: Optimum performance from tee to green’ is the result of two years of research and is designed for a wide range of enthusiasts, from professionals and coaches, to fans and amateurs. http://press.uchicago.edu