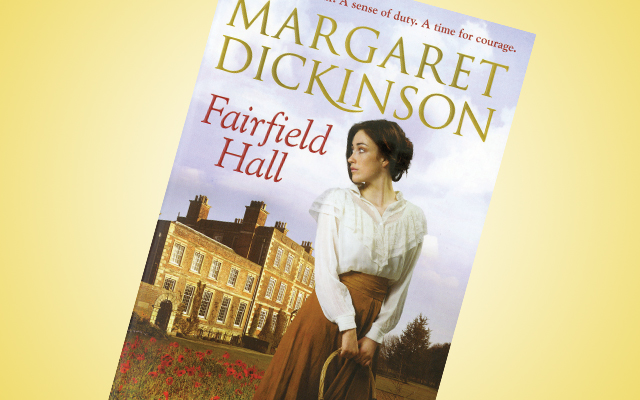 St Barnabas Lincolnshire Hospice has opened a dedicated charity bookshop in Louth’s town centre. Located at 109 Eastgate, the shop houses over 3,000 titles, from literary greats to specialist non-fiction, as well as games, CDs, DVDs and giftware. It is the second shop opened by the Hospice in the town and will be run by a team of staff and volunteers. Opening times are Monday to Saturday 9am – 4.30pm.

Two new pamphlets have been added to the Lincolnshire Life shop this month. Curious About Lincoln Vols 1 and 2 outline heritage walks that will help readers to discover the city on foot. The guides include short stories and optional treasure hunts, perfect for younger members of the family. For more information visit www.lincolnshirelife.co.uk/shop

Hannah Kent will be visiting The Collection, Lincoln on 1st April by invitation of Waterstones to talk about and sign copies of her debut novel ‘Burial Rites’ – which was shortlisted for the 2013 Guardian First Book Award. Set in Northern Iceland, 1829 it tells the story of a woman condemned to death for murdering her lover and the search for the truth as to what happened. Tickets £4 / £3 Tel: 01522 540011


Inspired by Gunby Hall, near Skegness, the titular Fairfield Hall is the backdrop to one young woman’s experiences of joy and heartache, as she begins a family life that is troubled by her father’s scheming and familial conflict. Long-time readers of Lincolnshire’s most popular author Margaret Dickinson will warm to Annabel Constantine as she finds herself torn by propriety, passion, and the ambition of her father Ambrose. As ever, Dickinson commands a plot-driven approach, while giving each character particular life through details of gesture and speech. As the centenary of the First World War comes into focus, it is moving to find that Dickinson’s captivating story leads readers to the fateful trenches where so many young men lost their lives.
www.panmacmillan.com

BLIND STAB BY ERNEST BARRETT
Published by Austin Macauley,
Price £7.99
The influence of Scandinavian crime fiction may appear inescapable nowadays, but in kickstarting his latest novel in a gambling casino in Hull, and setting scenes in Lincolnshire inspired spots, author Ernest Barrett reminds us that local surroundings can still provide plenty of inspiration. Blind Stab follows the story of Richard Moristone as he turns to the roulette wheel in a vain attempt to clear his debts, only to find himself devising an even darker plan to change his situation. It is only a matter of time before the lives of several strangers and a police officer intersect dramatically. Barrett has crafted a
well-paced, taut police procedural, with local detail and tense action.
www.austinmacauley.com

WOOLLIE FARM BY
SHARRON J BOWMAN
Published by FastPrint Publishing,
Price £5.99
Spalding based Sharron Bowman is eager to celebrate the joys of living as a smallholder in Lincolnshire in this, her first book. Woollie Farm is her current home, and it has afforded her a chance to adjust to a different pace of life in the relatively peaceful company of her animals, having spent many years assisting those with mental health problems and raising her three children. Though the demands of sheepdog training and wool production are no small affair, Bowman’s evident contentment in following in her grandparents’ footsteps may well inspire those longing to start an agricultural life in our county to finally do so. The book would have benefited from a bit of editorial scrutiny, and this is something that Bowman might bear in mind when she continues her delightful story. Before then, readers can keep up to date and order the farm’s products at www.woolliefarm.co.uk

FROM HUMBLE BEGINNINGS BY HUGH BOURN OBE
Published by the author, Price £14.99
The successes of Lincolnshire farmer and developer Hugh Bourn are recounted in this autobiography. In the 1970s, Bourn set up Hugh Bourn Developments which oversaw the creation of many properties around the county. By the time he came to sell the company in 2006, Bourn was recognised for his wealth and accomplishments within business. Still, his devotion to his family and to good causes close to home have been equally unceasing and Bourn was awarded an OBE in 2011 for his charitable work. The many people and places that have enriched Bourn’s life and work are detailed here, accompanied by many archival colour photographs. The author, now based in Wragby, has clearly lived a rewarding Lincolnshire Life, embracing what the county can offer. The proceeds of this book will go to the Lincoln and
Lindsey Blind Society. To order, tel: 01673 858998