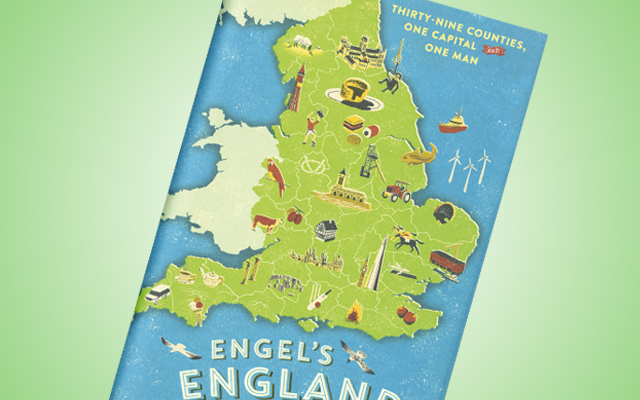 Independent bookshop Lindum Books in Bailgate, Lincoln has been awarded a grant from bestselling author James Patterson to fund interactive storytelling sessions with Rhubarb Theatre. Patterson has pledged to donate £250,000 to bookshops in the UK, with the money to be used to encourage children to read.

Voting for the Lincolnshire Young People’s Book Awards 2015 is now open. The award is split into two age categories, 9 to 11 and 12 to 14. Children and young people can vote in their local library or online. Voting closes on 30th May 2015. All of the books on the shortlist will be available from Lincolnshire libraries. www.lincolnshire.gov.uk/lypba

Finding Her Way Back is a new eBook written by Keith Auvache, an ex-LIVES first responder and coordinator in Sutton on Sea. It tells of the loss of his beloved wife to cancer and the uncanny events that followed. All the proceeds from each book sold will be divided between Cancer Research UK and St Barnabas Lincolnshire Hospice. Available from Amazon from 14th November.

To mark the First World War centenary, The Pimento Poets, a group which meets in the Pimento Tea Rooms in Lincoln, decided to produce a special booklet of verse.

The poems encompass a variety of perspectives. Through the adoption of the first person, the sensory impact of the frontline is imagined, and the working experiences of the munition girls in Lincoln are conveyed. Nic Lance’s poem ‘Bluecoat’ is a centrepiece of the collection, dramatising autobiographical writings by his French grandfather, while John Malvert’s ‘War Widows’ depicts the replacement of widows from one war to another at a Remembrance service.

As first-hand descriptions of the First World War are succeeded by fictionalisation, the contributors acknowledge their individual distances from war, but draw on relationships with family members, youthful experiences of post-wartime and their emotional engagement with contemporary conflicts. Available from Pimento Tea Rooms, Lincoln.

ENGEL’S ENGLAND BY MATTHEW ENGEL
Published by Profile Books, Price (Hbk) £20
Financial Times columnist Matthew Engel has toured the country in an attempt to uncover the defining characteristics of each county. As a magazine which focuses entirely upon traditions, personalities and businesses within one county’s borders, it was for the author’s comments on Lincolnshire that I was intrigued to read the book.

Seeing that the author had devoted twelve pages to trips to a pea harvest in Wigtoft, Grimsby fish market, Boston market and Butlin’s in Skegness I was prepared for an underwhelming report overall – limited as a sample of the county as these are. As a springboard to discussing the county’s contributions to the economy, however – and with a stop-off in Grantham for a visit to the birthplace of Margaret Thatcher to note the county’s contributions to capitalism on the whole – these are suitable focal points.

Engel’s remark about most of the county’s famous sons and daughters escaping for good are a bit misleading, implying that there would be no reason for them to return, while admitting that the reality is that many had their lives cut short on expeditions of one kind or another.

As he acknowledges in his introduction, there is a generosity and a degree of fondness for every county he visits, despite his pithy but not unreasonable criticisms throughout. www.profilebooks.com

GRAMMAR SCHOOL BOY: A LINCOLNSHIRE EDUCATION BY RONALD J HILL
Published by Clifden Gate Publications, Price £9.99
This autobiographical account conveys the vivid memories of academic and writer Ronald J Hill’s time at school in the 1950s – in particular Barton-on-Humber Grammar School. Despite the value that the author places on his learning, he opines that there is more to sound education than following the tenets of the curriculum for examination. Such remarks are of continuing relevance at a time when teaching continues to face statistical and economic imperatives that often work against the intellectual development of the young.

Beyond the classrooom, Hill recounts holidays spent earning extra money on farms in Lincolnshire, picking potatoes; a stint as a Christmas postie; as a ‘mate’ in the steelworks and in the frozen peas factory of Grimsby. Many Lincolnshire readers of his generation will share similar memories of life in the county in the austere 1950s.

While George Orwell’s essay ‘Such, Such Were the Joys’ detail, ironically, the cruelties that defined his years at preparatory school, the title might more accurately describe Hill’s more enjoyable experiences. www.ypdbooks.com