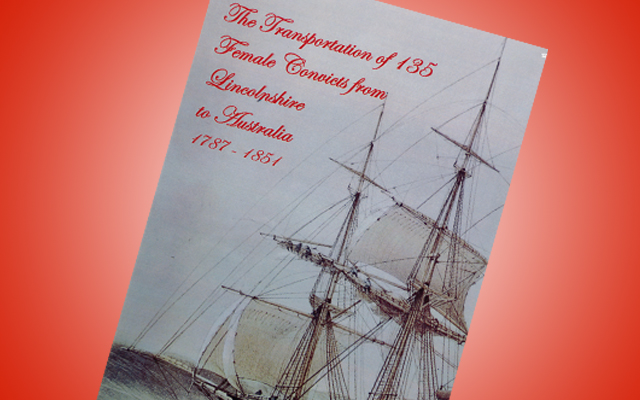 Popular Lincolnshire author Margaret Dickinson will be at Waterstone’s High Street Lincoln store on 15th February to talk about and sign copies of her new book, ‘Fairfield Hall’. The book tells the story of a young woman who is schemed into marrying into society by her father. Tel: 01522 540011

An unfinished autobiography written by a county based crop spraying pilot has now been completed by a colleague. ‘Under the Wire’ tells the life story of Digby Goss, who was trained by the RAF and moved on to work for Lincs Aerial Spraying Company. The practice, now disallowed due to health and safety, was once an important contributor to local agriculture.
www.underthewire.co.uk

A new book about the rich heritage of shipping in the Spalding area has been published by The History Press. ‘The River Welland: Shippers and Mariners of Spalding’ is written by Keith J Seaton and draws on census and shipping records, local family history records, maps and archive images to recount the history of Spalding as a port.
www.thehistorypress.co.uk

BOULTHAM AND SWALLOWBECK: LINCOLN’S SOUTH-WESTERN SUBURBS BY ANDREW WALKER (ED)
Published by The Survey of Lincoln, Price £6.95
This installment of the Survey of Lincoln’s booklet series covers many of the city’s important industrial businesses and the developments in residential housing and leisure facilities that gave accommodation and respite to working families. Comprising a number of articles by various contributors, the book illustrates wide-ranging developments on still existing areas of land, including the ‘Derby Grounds’ – which changed from open meadow, to farmland, to the base for the Tritton Road and Retail Park – as well as charting the successes of engineering firms. Rather than simply provide an accountant’s version of history, there are insights into the experiences of the workers in the south-western part of Lincoln at this time, including life in ‘the Foundry’. And it is not only the large residences such as that of the Ellison family of Boultham that provide fascinating anecdotes from local history, but the less well known suburban estates too.

THE TRANSPORTATION OF 135 FEMALE CONVICTS FROM LINCOLNSHIRE TO AUSTRALIA 1787–1851 BY BILL PAINTER
Published by the author, Price £8.95
Theft, vagrancy and prostitution were some of the offences which saw over 100 women from the Lincolnshire area transported to penal colonies on the other side of the world in the late eighteenth and nineteenth centuries. Bill Painter paints an intriguing picture of the societal and institutional circumstances that saw convicts loaded onto ships and exiled from England, bound for New South Wales or Tasmania. Drawing on jail calenders, parish records and newspapers among other sources, Painter provides a story capsule about each of the women who were made to leave the country during a time of unmanageable prison populations and lack of policing as we know it today; as well as the travails of their long sea journeys and information on the ships themselves. The logbook-like format is fitting and allows the reader to more easily dip into the text at any point and discover a snippet of history from a more unforgiving time. To order a copy, tel: 01507 610347.

THE SCANDALOUS DUCHESS BY ANNE O’BRIEN
Published by Harlequin Mira, Price £7.99
It is in Kettlethorpe, Lincolnshire that Anne O’Brien’s latest historical romance starts out. The Scandalous Duchess follows the passionate affair between widowed Katherine Swynford and the married Duke of Lancaster, John Plantagenet, against the backdrop of much unrest in medieval England. There is enough lust and religious and political ferment to keep the action moving apace, for those captured by the tale; the history of the period is engaging too. But through the fictional characterisation of the emotional lives of the lovers at the centre of the story, the author closes the gap between the distant past and contemporary style, and so the love story may not seem all that unfamiliar to devoted readers of the genre. www.mirabooks.co.uk