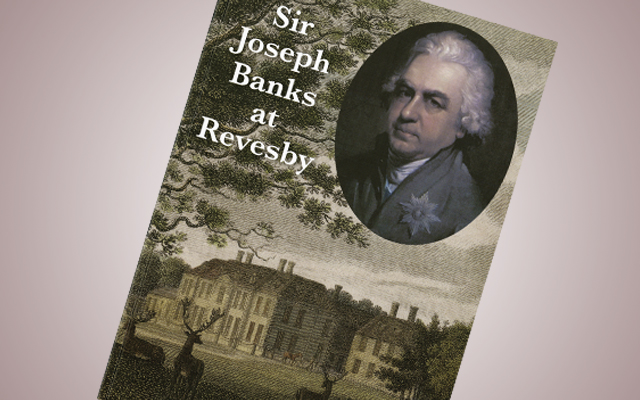 The Grimsby Book of Days, written by Lucy Wood, is a new title published by The History Press. Featuring a story from Grimsby’s history for every day of the year, this book collects significant happenings in Grimsby over the last 600 years. It covers social, political, religious, industrial, military and sporting history from as early as the fourteenth century right up to the present. For information www.thehistorypress.co.uk

Lincoln based RAF Police Flight Sergeant Michael ‘Will’ Barrow has penned a book about a brave dog who served with Barrow and his colleagues in Afghanistan. Buster: The Dog who Saved a Thousand Lives, published by Virgin Books, tells the story of the dog who is now the official lifetime mascot of the RAF Police and has also served in Bosnia and Iraq, where his abilities to sniff out lethal devices has been of utmost value to the troops. www.eburypublishing.co.uk

The Survey of Lincoln has published a new volume focusing on Birchwood, Hartsholme and Swanpool. The book includes essays tracing the history of these areas, with a focus on the distinctive buildings and structures that remain from past eras and other less noticeable markers of social and agricultural activity in bygone years. www.thesurveyoflincoln.co.uk

Robinson has drawn upon years of research to produce a book which compiles a wealth of information about Banks’s lifelong connection with Lincolnshire. This offers the opportunity to gain an insight into many of the lesser known aspects of Banks’s work; his numerous social, scientific and commercial interests. These vary from involvement with the drainage of the Fens, the Lincolnshire Wool Committee and the development of the Horncastle Canal, to his yearly presence at the Revesby Fair.

Famous for his participation in Captain Cook’s Endeavour voyage of 1768–1771, his early consultations with King George III over Kew Gardens and his propositions that the English ought to colonise New South Wales, Banks’s place in the history of exploration and botany has previously been recounted in Patrick O’Brien’s biography.

What is eye-opening about Robinson’s book is the breadth and depth of Banks’s undertakings away from the more visible interests of The Royal Society. The author would appear to have collected all references to Banks’s visits to Lincolnshire together, varying from the surprising to the somewhat trivial, to show how unwavering his interest in the county, and his local and familial ties were.

Often, this historical information is presented in fragments rather than shaped into a more straightforward narrative – which would be no small feat given the sheer amount of appointments, connections and activities that connect Banks with Lincolnshire alone. The author does, however, maintain a chronological order and has formatted the year dates in bold to navigate the reader through quick successions of episodes.

Any Banks researcher will find the book of considerable value; so too will any Lincolnshire historian, for its many curious links that risk being forgotten, such as Banks’s poem published in objection to the removal of the two western spires of Lincoln Cathedral and his enthusiasm for collecting antiquated weapons found following the embanking and scouring of the River Witham in 1788.

Banks’s sister Sarah and his wife Dorothea, whose journal-keeping provides Robinson with a good deal of information are intriguing figures too. An early Dictionary of Lincolnshire Slang written by Sarah is mentioned, as well as an illustrated record of Sir Joseph’s fishing trips from Dogdyke kept by her. The passionate interest in Banks’s wide-ranging life is of course the focus; nevertheless, I do not think it unreasonable to note the potential wider interest of such female figures of the time.

The book is illustrated with archival documents, maps, drawings and photographs and its A4 size and clear typography, despite a small number of errors, makes for a readable and useful scholarly compendium.

Banks’s multifaceted life and his achievements in science cannot be attributed simply to the privileges arising from the social standing of his family, but rather from sheer natural curiosity. Neglecting the studies afforded to him at the prestigious Eton College, to learn the names and uses of flower species from local women, and upon finding that his Oxford college lacked provision for the proper study of natural history taking it upon himself to bring a botanist to teach there, Banks’s resourcefulness and energy is clear.

Robinson has produced a comprehensive book about Joseph Banks’s Lincolnshire life, and highlights commercial and social developments in the county in the Georgian period. www.joseph-banks.org.uk