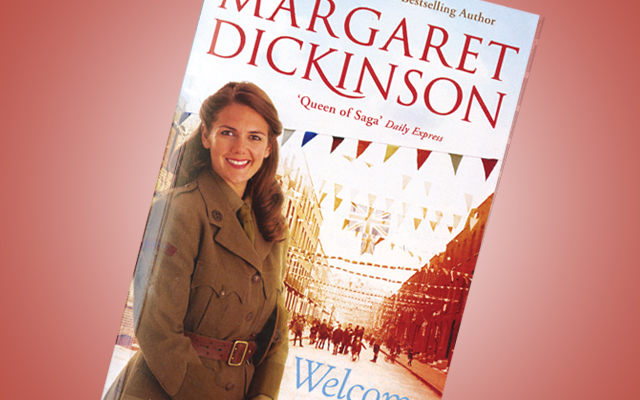 Troubadour Publishing has recently released two new books by Lincolnshire writers. Robert Jaggs-Fowler’s Lamplight in the Shadows is a novel about a young married Christian man’s romantic involvement with another woman and the moral questions it forces him to confront. Michelle Sherwood’s new children’s story Molly’s Mouse involves a girl’s magical friendship with a pet mouse and a very special plant. For more information visit www.troubador.co.uk

A new Children’s Book Club has been started at Mablethorpe Library. Youngsters from age five upwards are invited to take part in the club on the third Saturday of each month until June. Sessions will take place 10.30am–11.30am and will focus on a different subject each time.

Buster: The dog who saved a thousand lives by Will Barrow and Isabel George
Published by Virgin Books, Price £9.99

RAF Police Flight Sergeant Will Barrow would have good reason to write an account of his own wide-ranging experiences of the war in Afghanistan, and those of his fellow soldiers. The impact of that recent conflict upon British servicemen and women, as well as the ongoing volatility of the region, continues to hit home today. But Barrow here shines the spotlight instead on a very special dog named Buster.
The English springer spaniel has served in Bosnia, Iraq and Afghanistan and is the official lifetime mascot of the RAF Police. Barrow describes the work that Buster undertook in Helmand province, working alongside Western forces, sniffing out IEDs and signs of Taliban fighters. The author conveys his companion’s personality, reflecting his deep affection for the animal and the consolations that man’s best friend will provide in the most testing circumstances. www.eburypublishing.co.uk

Welcome Home by Margaret Dickinson
Published by Pan Macmillan, Price £6.99
Showing her empathic approach to ordinary lives upturned by the tumult of wartime, Lincolnshire author Margaret Dickinson’s new novel Welcome Home begins with wife and mother Edie scrubbing a dirty shirt at the kitchen sink while she is given news of the death of Hitler by her close friend Lil.

Edie’s family has been separated by the demands of the Second World War, and the repercussions this has are conveyed as Dickinson’s plot unfolds, and in the emotive dialogue that drives her story. The author continues in her well-known style of focusing in on the effects on everyday lives of bigger social and political changes, capturing the atmosphere of decades past in her domestic scenes. Again Dickinson depicts the lives of successive generations of family members, introducing and distinguishing all her characters with a minimum of fuss.

Dickinson is already one of the most popular county authors, and her preference for evoking past eras in British history, while making her characters’ relationships relatable to contemporary readers, will no doubt make Welcome Home another popular read. www.panmacmillan.com

Take Two at Bedtime by Avril Ford
Published by the author, Price £10
Following recent press reports about the Anglican church’s desire to attract a new generation of worshippers, and the General Synod’s agreement to omit the Devil from services, Avril Ford’s collection of stories Jesus didn’t tell, but might have were he to appear today, seem timely.

Illustrated with photographs taken by her husband Don Ford, Take Two at Bedtime sees the author adapting themes and parables from the Bible to reflect the experiences and questions of contemporary life. Aiming to capture the imagination of the young as well as adult readers, Ford’s good intention here is perhaps let down by the design of the book, which I doubt would appeal directly to young readers.

Among persons of faith, aware of the changing make-up of British society and attitudes to religion today, Ford’s undertaking will perhaps appeal more readily and be seen as an admirable attempt to bridge divides. Available from the author avrilford@btinternet.com