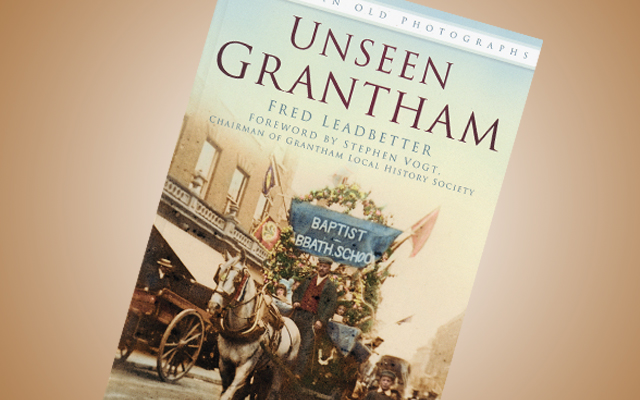 Bookmark in Spalding will welcome two acclaimed authors this month. Rachel Joyce will visit on Wednesday 22nd October to talk about her new book The Love Song of Miss Queenie Hennessy. Tracy Borman is the joint chief curator of historic royal palaces, a broadcaster, public speaker and the author of a number of respected historical books. She will visit on Monday 27th October at 7.15pm. Tickets for both events are £3.50 to include a glass of wine or juice. Tel. 01775 769231

Lincolnshire born writer Pam Nixon has set her debut novel But I’ll Remember This in a fictionalised version of Lincoln in the 1950s. Aiming to recapture the mood of that era and convey her affection for the city, the book’s protagonist reminisces upon a charming couple who disappeared after shaping her attitudes to love and politics. The book is published by writers’ co-operative 3Score Publishing.

Wildlife expert and University of Lincoln Professor Trevor Kerry has published a new book called Birds, Birders, Birding. Collecting fictional ornithological stories and travel writing that draws on personal experiences and historical knowledge, the writer aims to offer some insights into mankind’s relationship towards birds around the world. For more information, email tk.consultancy@ntlworld.com

A CALL TO WITNESS BY SPENCER COLEMAN
Published by Caffeine Nights, Price £8.99

In the follow-up to his first novel All the Rage, Lincolnshire gallerist and painter Spencer Coleman continues his fictional story of art dealer Michael Strange. For those unacquainted with the character, elements of his back story can be gleaned easily from newspaper reportage within the narrative. Recovering from a troubled, passionate affair and the death of his lover in a barn fire, Strange is pursued by a vengeful sister and pulled into a potentially career devastating trap.

Coleman puts his eye for detail, which he has developed through his work in the visual arts to new uses, to create vivid scenes with words. The setting is given realism through the author’s knowledge of the field, and in a market flooded with thrillers this one might just offer something different for readers used to the perspective of detectives – not that crime and the world of expensive artworks are unrelated: art theft is now among the most lucrative of crimes.

The third-person narrative tips into free indirect speech along the way to underline the thoughts and emotions of the characters as the action keeps apace. Though the use of expletives is not a problem in and of itself, it is common to many books of this kind reviewed by Lincolnshire Life and can sometimes come across as an unnecessary ‘outré’ affectation rather than good characterisation. Coleman’s writing is structured in short bursts and in clear prose that will keep readers turning the page.

SWINESHEAD AT WAR BY PAMELA A SOUTHWORTH
Published by Richard Kay Publications, Price £7.99
The stories of those men from Swineshead who never returned from service in the world wars are compiled by Pamela Southworth, adding to the historical record as the commemoration of the start of the Great War continues.

Swineshead at War will be of interest to long-standing residents of the village foremost, who may recall names, see mention of family members who bravely enlisted and find the tidbits of village history valuable. But despite the widespread importance placed on remembering those who died in wartime, it remains a challenge for any writer undertaking such a project to make the lives of young men who died almost a century ago of especial interest to those beyond family relations or local connections. Southworth gives a short account for each name on the village memorial, but without such reference materials as letters or reminiscences from family members to draw upon directly in many instances, the tone is more impersonal than one might expect.

The toll of warfare is reflected, leaving for many individuals no other story but that of a brief working life before death. Southworth has here supplemented the admirable work she has already undertaken to write about the history of Swineshead in previous publications.

UNSEEN GRANTHAM BY FRED LEADBETTER
Published by The History Press, Price £13.99
Another compendium of social history, bringing together postcards, photographs and other ephemera, helpfully datemarked where possible and with brief accompanying explanatory notes. The material provides an overview of the sorts of businesses to be found in Grantham between the Edwardian era and the 1960s – from the butchers and barbers to the picture house. Private residences and public events alike are recorded, and of particular interest to some readers in this centenary year, images from the First World War are given a standalone chapter. Since most of these photographs have never before been published, this will constitute a valuable title for those studying Grantham’s pastimes, fashions, architecture and social make-up in previous eras.