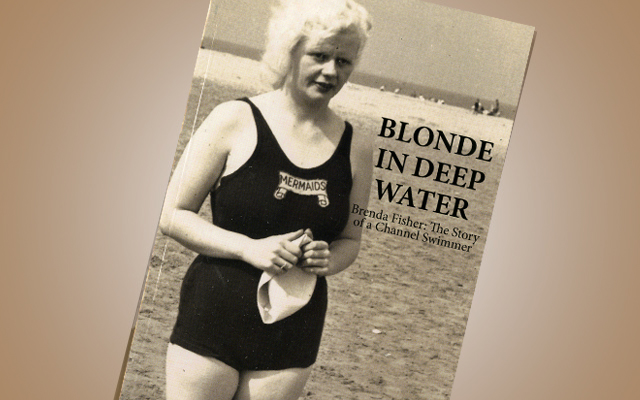 Lincoln based author and former RAF Wing Commander Peter Jacobs has recently published Setting France Ablaze. During the summer of 1940, as Britain fought alone for its survival, Winston Churchill instructed the newly formed and clandestine Special Operations Executive to ‘set Europe ablaze’. Here, Jacobs describes the extraordinary contribution to the Allied war effort made by the SOE in France. Published by Pen and Sword www.pen-and-sword.co.uk

Scunthorpe resident Peter Asher has released his second novel Lyrical Mallards. In this unusual book Asher offers a set of squirrel stories, as Dr Lancival Ratatok and his twin sons tackle the many trials that beset a squirrel family in their ash tree on the average day. If a challenge in language is your thing, then Lyrical Mallards will add to your lexicon. Lyrical Mallards is published by Austin Macauley www.austinmacauley.com

Bookmark in Spalding has confirmed an event with writer Andrew Miller, whose previous novel Pure won the Costa Book Award. He will be instore from 2pm on Thursday 15th October for an afternoon event to chat about his latest novel The Crossing and his struggle to rediscover his love of writing after the phenomenal success of Pure. Tickets are £3.50 to include a cup of house tea or coffee. For information tel: 01775 769231.

As the English language continues to be shaped by the culture of technology, especially social media abbreviations and neologisms, which in turn has cast its net across greater swathes of the world, the specific sayings and words of local counties are liable to lose their currency.

To immerse oneself in the dialect of Lincolnshire today, and perhaps that of any county, is to recover a richness of vocabulary that makes for a satisfying antidote to the ‘likes’ and ‘literally’s of everyday conversation now.

Lindsey Bourne’s new handbook of Lincolnshire dialect and sayings is an ideal primer and a handy reference book to reach for, not least for writers who might not only draw upon phrases fading from daily life to create more vivid depictions of the county’s past but to reinvigorate speech today. As Bourne notes in a useful section listing standout features of the local dialect, some of the words included here are already recorded in the Oxford English Dictionary, including ‘glore’ meaning to gaze intently and ‘kelter’ (rubbish).

In addition to a go-to glossary of terms, the book is a nice compendium of trivia about Lincolnshire, much of which also refers to the county’s well-known wordsmiths from Stamford born Colin Dexter to the longest-serving Poet Laureate Alfred Lord Tennyson.

Much of this information will already be known to many, and there are other valuable and more expansive dialect books focusing on the county, but as a pocket-sized resource for tourists and a light reference book for scribes, this makes for a worthwhile guide.

BLONDE IN DEEP WATER BY LUCY WOOD
Published by North Wall Publishing, Price £7.99
In 1951 Grimsby born Brenda Fisher became the fastest woman to swim the English Channel. Her feat was one among many accomplishments in the sport of swimming. Lucy Wood’s new biographical book documents the life of Fisher, a lifelong resident of Scartho, and describes how it was the untimely death of her brother, an RAF pilot, that prompted Fisher to cross the Channel, as a tribute.

Based on conversations with Fisher, now eighty-eight, and with access to her family archives, former newspaper editor Wood recreates the excitement of the athlete’s world-renowned achievements, evoking the atmosphere as news broadcasters the world over announced her success and locals of Grimsby and Cleethorpes welcomed her home. Fisher’s record-breaking swim also led to her meeting Elvis and appearing on the Ed Sullivan Show.

While amateur and professional athletes alike today push themselves to ever greater extremes, they have a wider knowledge of, and access to, nutritional and training support. Fisher trained and swam at a time when fewer safety measures were in place, recalling the trolleys and rubbish dumped in the water at the docks where she trained. Her marathon swims are even more impressive given that as a child Fisher suffered from paralysis brought on by sunstroke.

The black-and-white photographs selected for the book cover Fisher’s experiences from her earliest years to today and capture the major events of her swimming life, which also include crossing a stretch of Lake Ontario in Canada and later the Nile.