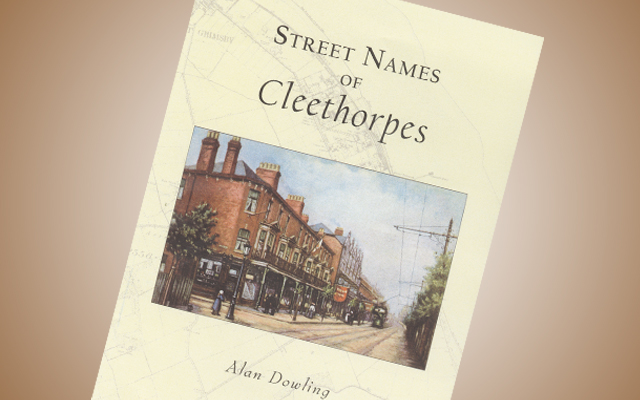 Cleethorpes evolved from the three hamlets of Oole, Itterby and Thrunscoe – the thorpes of Clee. The manor of Itterby made up just over half of the parish, acquired by Sidney Sussex College, Cambridge in the seventeenth century who chose the names for streets (mainly those of benefactors and office holders) built on their land. Other significant landowners were the Thorold and Tennyson families. With the late nineteenth and early twentieth century growth of Grimsby as a port, particularly fishing, house building spread rapidly over the former rural landscape. This book details the origin of street names against that background.

There is a history introduction, illuminating information for each entry, plus background on Sidney Sussex College, lists of terraces and named footpaths, and over a hundred illustrations.

LINCOLNSHIRE BOOKS IN BRIEF
Ower the Fens by Freda Royle and Richard Pearson
Published privately. Available in local bookshops.
A brief history of old times around Boston, Sibsey, Frithville, Carrington, Stickney, New Bolingbroke, Stickford and Revesby. A packed mix of information and nearly 200 illustrations from an extensive and personal collection, many not seen before (eg the eygre on the tidal Witham) and adverts. Pity the words attributed to the poet Jean Ingelow are not those from her ‘High Tide on the Coast of Lincolnshire 1571’ (actually based on the 1810 flood), and beware history note about the Banks family of Revesby.

Murder and Crime: Boston by Douglas Wynn
History Press, The Mill, Brimscombe Port, Stroud, GLos GL5 2QG
ISBN 978 0 7524 5544 0 £9.99
Title is geographically generous, including nearby villages and places as far away as Stamford and Covenham. Fourteen murder stories from late nineteenth and early twentieth centuries, told with usual skill. Motives for stabbing, poisoning and strangling include jealousy, rage, greed and petty dispute. And the evils of drink. Places include Great Hale, Wyberton, Frampton West, Wrangle, Sibsey and Anton’s Gowt. The latter case was the result of a domestic dispute, but was it triggered by a collar-stud abcess? Sources include newspaper reports and court records, and each account is illustrated with local photographs.