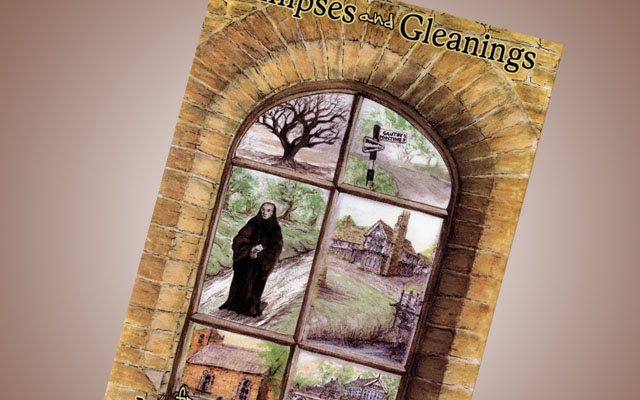 Would that more village parish histories could be of this standard. Most tell a chronological story including agricultural changes, country life, church, school and wartime (as does this), but what sets this book apart is the outstanding quality of presentation of words and illustrations. Each invites you to read on or, because of the variety and look of the pages, to delve and browse.

Special to these parishes are such as Minting Priory (now only earthworks), manor house and cottage secrets, Rev Francis Bashforth, vicar of Minting and eminent scientist and expert on ballistics, country life at Gautby House (both long gone), the murder in Greece of Fredrick Vyner, convicts transported beyond the seas and the Sebastopol Inn.

Each section of the book, thirty-seven in all, has been researched and written by a member or members of the Heritage Society, which gives a delightful mix of approach – story telling, a personal account of research, memories of wartime make and mend, life in the constabulary, facts about names on the Roll of Honour, and about the village hall.

A hardback book of 136 pages and over 170 illustrations, it should be prized beyond Minting and Gautby (‘When I die I pray that my soul will rest in that paradise on earth that is known as Gautby’). And let’s not forget the original beast of Minting and the train that never came.

LINCOLNSHIRE BOOKS IN BRIEF
• Hanged at Lincoln by Stephen Wade
History Press, The Mill, Brimscombe Port, Stroud, Glos GL5 2QG
ISBN 978 0 7509 5010 4, £12.00
Accounts of 120 people from 1203 to 1961 condemned to be hanged at Lincoln for forgery, sheep stealing, stack burning, poisoning, stabbing, robbery (in houses and on the highway) and treason. Includes Lord Hussey after the Lincolnshire Rising in 1536, a longer account of Priscilla Biggadike (1868) later proved innocent, and references to Horncastle executioner, William Marwood, who perfected the long drop, a more humane way of hanging. Useful historical introduction including reduction of capital offences from 220 to four, and the abolition of public hanging in 1868. Illustrated with posters, photographs, drawings and documents.