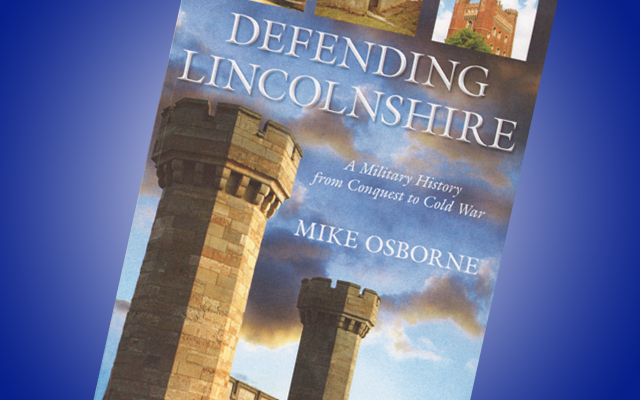 From the Iron Age to the nuclear age Lincolnshire has seen civil war and been a defence line and attack base in two world wars. This comprehensive review puts them in the historical and social context of the times.

In the First World War we made tanks and aircraft, there were army camps (Belton), forts and an anti-submarine boom across the Humber, submarines at Immingham Dock and seaplanes at Killingholme. In the Second World War airfields proliferated for defence and attack (Bomber County), Skegness hotels and Butlins were commandeered, Dalby Hall was Headquarters for the British Resistance Organisation, radar (Stenigot), Royal Observer Corps posts, and defence lines of pillboxes and anti-tank devices. Highly recommended. (See Heritage Open Days events) (DNR)

LINCOLNSHIRE BOOKS IN BRIEF
• The Women They Left Behind compiled by Nick Triplow, Tina Bramhill and Jade Shepherd
Fathom Press/CPO Media ISBN 978-0-9555959-3-5 £5
Stories from Grimsby fishing families. Fishing out of Grimsby was one of the toughest jobs in the world. And it depended on women. Compelling and long overdue account of their resilient lives – wives, mothers, sisters and daughters left behind to keep homes and struggle with money. A fitting tribute.