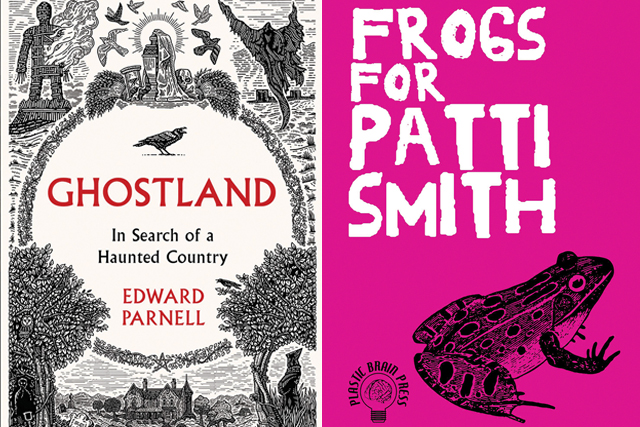 Yusef Sayed’s review of the reads
Ghostland – By Edward Parnell
In his new book, Edward Parnell follows in the footsteps of various writers of the supernatural, exploring remote regions of the British isles firsthand, to gain a deeper sense of the themes and images that enrich their work. Ghostland is also a reflection on the loss of Parnell’s parents and brother. A history of writing and a personal history in writing.

The Lincolnshire raised Parnell draws as much interest from his childhood surroundings as he does the myths and folk tales he uncovers at all ends of the country, from the rugged coasts of Scotland to the stone circles of southwest England. Ghostland features travel writing, literary history, ornithology and memoir, along with evocative monochrome pictures – showing the influence of WG Sebald, whose exquisite work is also explored at length. But the strands are not always subtly woven.

There are informative profiles of MR James, Algernon Blackwood, William Hope Hodgson, Alan Garner and EF Benson among others. And Parnell’s fond recollection of teenage TV viewing will encourage readers to seek out the BBC ghost story adaptations from Christmases past.

While the material is centred around the unexplained and the irrational, Parnell has a tendency to make endless connections between the people and places he writes about – a sense-making impulse which might be driven by the incomprehensibility of the deaths in his family, and the ensuing grief. As Parnell shows, the loss of loved ones has so often guided the writing he admires.

Ghostland at times wanders – seeming, as Parnell says of a heathland pathway, ‘to meander counterintuitively, leading you away from where you wish to go’. But he returns time and again to his own family. The emotional power of this personal history is unavoidably, quietly devastating.

Frogs For Patti Smith – By Louise M Hart
Horncastles’s Plastic Brain Press continues to release books of poetry and prose by authors who pit romantic ideals against the drab realities of life post-recession, and the frustrations and fantasies of modern romance – often with a self-deprecating wit and taste for the surreal. The authors wear their cultural influences firmly on their sleeve, taking inspiration from punk, metal and indie music, and cult cinema, as much as literature.

This is no less true of Birmingham based poet Louise M Hart, whose new collection Frogs For Patti Smith comprises recent poems with subjects ranging from sexual yearning and familial loss, to the sharp end of welfare policies and struggles with mental health.

Hart’s attention to the everyday and determination to rise above enduring personal and political miseries is clearly shaped by a love of The Smiths, with choice lyrics turning up, or twisted, throughout. But even this source of inspiration is soured by the growing gap between her youthful dreams and disappointing realities – taking Morrissey to task in ‘The Fallen Star’. And there are other Smiths: Patti, who appears in the title poem, for instance. And that most famous refrain of the poet Stevie Smith, on ‘waving’ and ‘drowning’, that surfaces in Hart’s personal expressions of desire, disgust and despair. ‘My thoughts are peasants/Revolting’, Hart writes.

Amid the wished-for relationships and the anger at social iniquities, Hart repeatedly confronts her own doubts about her abilities as a writer and the temptation to betrayal (‘I know what it’s like to be someone/But pretend to be somebody else’)– reflecting a preference for harsh truths above artistic pretensions.