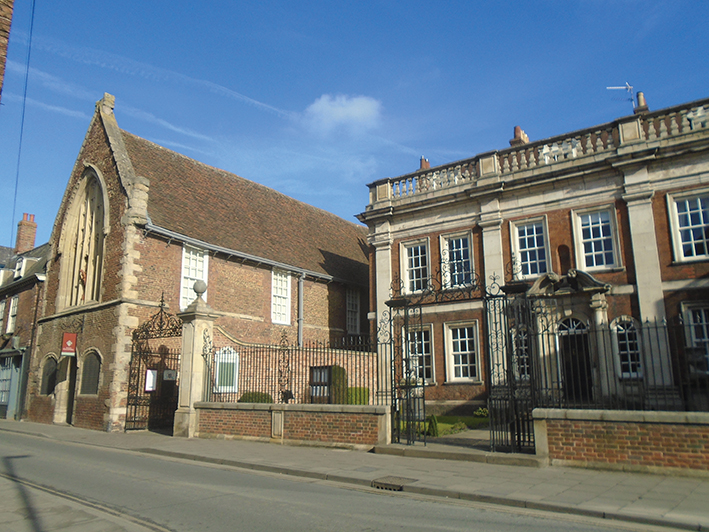 A group of book lovers in Boston, including our writer Jane Keightley, got together at the beginning of this year and decided that it would be a great idea to organise a Book Festival for September 2021.
After the unfolding events of this awful year it is even more important that we all have something to look forward to and it will be a great boost for Boston in uncertain times.

I am on the committee that is organising it and we have great plans to utilise our beautiful and historic buildings. So far we are definitely going to hold events in Fydell House and Blackfriars and hopefully some other places when our plans come to fruition.

We already have a good selection of authors who want to take part including Margaret Dickinson, Joy Ellis, Gavin Extence, Trudey Martin and James Nicol, whom many book lovers will remember as the manager of Waterstones in Boston. I will be doing a travel writing workshop to show people how to travel the world and get paid for it. We will be covering a wide selection of genres and will be also be having some great children’s authors and poets and maybe some workshops and a writing competition. It will run from Friday 17th – Sunday 19th September.

We are still getting in touch with authors and awaiting their replies so do keep up with our progress on our Facebook page: Boston BOOK Festival 2021.

We are keen to promote authors who are from Lincolnshire and those who write books set in Lincolnshire. This is why I was pleased to discover Jane Cable, whose latest novel Endless Skies is set in Lincoln, Winteringham and Hemswell. Jane writes contemporary romance with a bit of history and mystery thrown into the mix and she is looking forward to coming back to Lincolnshire for the festival.

The idea for Endless Skies was born on a trip that Jane and her husband made to Winteringham Fields, an amazing Michelin starred restaurant with rooms on the banks of the Humber. Jane fell in love with the open skies and the history of the area. Visiting Winteringham again for her husband’s birthday she decided to visit the antiques centre at Hemswell, where a lot of the inspiration for her story came from. Hemswell was an RAF base before World War Two and at the beginning of the war it was the only airfield in North Lincolnshire ready for the conflict, so its planes were the first to be used and between 1941 and 1943 it was home to three Polish squadrons. This is the backdrop to Jane’s story.

Also set in Lincoln, there are great descriptions of the Foss Dyke and the canal boats moored along its banks.

Rachel, the heroine, is a strong feisty woman but has had a troubled life. As an archaeologist she digs up history but leaves her own history buried deep inside her. The story tells of how she throws off the shackles of her past and heads towards a happy ending.

We all love novels that are set in locations that we recognise but as well as really enjoying Jane’s story I learned all about the history of RAF Hemswell. It also inspired me to visit the grave of John Gillespie Magee, at Scopwick. Magee was the Canadian airman who wrote the poem ‘High Flight’. He died in a mid-air collision over Lincolnshire and when I read it, it makes me think of all the young airmen from Bomber Command who died in similar circumstances. Living in Lincolnshire and regularly seeing a Lancaster and Spitfire doing a flypast makes it even more poignant.

Jane is but one author who we will be welcoming to our festival next September. Do make sure that you keep up to date with our plans. Hopefully this event will be the first of many. Hay-on-Wye had to start somewhere!

HIGH FLIGHT
Oh! I have slipped the surly bonds of Earth

And danced the skies on laughter-silvered wings;

Of sun-split clouds, – and
done a hundred things

You have not dreamed of –
wheeled and soared and swung

High in the sunlit silence. Hov’ring there,

I’ve chased the shouting wind along, and flung

My eager craft through footless halls of air…

Up, up the long delirious burning blue

Where never lark, or ever eagle flew –

And, while with silent, lifting mind I’ve trod

The high untrespassed
sanctity of space,

Put out my hand and touched the face of God.