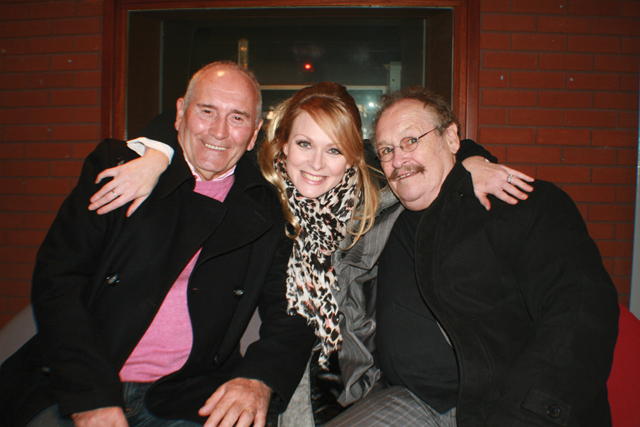 After proving to be a huge hit last year, Cannon and Ball are set to return to Lincoln Theatre Royal in this year’s pantomime, ‘Aladdin’. The comedy duo, who have been performing in pantomimes across the country for over twenty-eight years, are playing the Chinese Policemen in Ian Dickens’, Artistic Director, Producer and CEO of Lincoln Theatre Royal, adaptation of the classic Walt Disney movie.

The cast includes many famous names such as Michelle Hardwick from ITV’s ‘The Royal’, who last performed in Lincoln only a couple of months ago. Another face who is a big name on the stage is Steve Barclay, who is best known for his wonderful portrayals as a dame.

Tommy Cannon and Bobby Ball have been stars of the stage and screen for over a quarter of a century, keeping families entertained with their banter and quick wit. It is easy, after listening to them bounce off each other, to see why they have been so popular. Bobby explains: “We both worked as welders and Tommy used to come into the pub with some of his mates from the factory. They used to go down the social club and after a while I decided to join them. It was never planned and we never thought about TV, but it was just a case of being in the right place at the right time and it was better then welding.

“Things were easier back then. You went under a manager’s name who used to own about twenty-five clubs so that was twenty-five weeks work.”

During the first few years the duo toured the country drawing in the crowds to their live act. They performed a six-week season at the Dominion Theatre in 1981 and sold out before they even began. And then again in 1988 they broke all pantomime records at the London Palladium, in their pantomime, ‘Babes in the Wood’.

Tommy said: “It wasn’t until the following year we found out that we had broken all previous records at the London Palladium. It was the largest amount taken in one week in British theatre at the time.”

When asked what made them decide to return to Lincoln for a second year, it was clear to see why they said yes. Bobby said: “As soon as Ian asked us to come back we knew we would. We had such a lovely time here last year it was an easy decision. Ian has made a fantastic job of refurbishing the theatre since we were here last year. Lincoln is a wonderful place, although after walking round I think of it more as two towns. You have the busy high street area down here and the wonderful area at the top of the hill.

“Last year I was asked to do a five minute interview at the Christmas Market for TV and I couldn’t believe how big it was. I am going to bring my wife over to have a look this year.”

‘Aladdin’ is coming to Lincoln from Wednesday, 15th December until Sunday, 16th January 2011. For further details call the box office on 01522 519999 or visit www.theatreroyallincoln.co.uk.