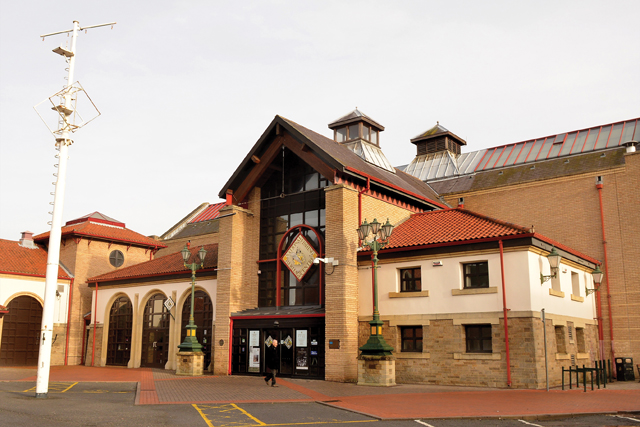 Postcards from Gainsborough’s Past

POSTCARDS FROM GAINSBOROUGH’S PAST BY SUSAN AND SARA EDLINGTON
Published by Gainsborough and District Heritage Association, Price £15

A treasure trove of photographs and postcards of Gainsborough, previously unseen in book form, collected by Norman Cawkwell and compiled and supplemented with historical information by Susan and Sara Edlington of the Gainsborough Heritage Association.

Evoking the town’s past as a bustling inland port, with working mills and a thriving community – with businesses, schools, churches, social clubs and public houses – many diverse characters, structures and memorable events are captured in clear reproductions on A4 sized pages. From shoppers out in Lord Street and a snapshot of the Troubadour Orchestra, to floods in Lea Road and the fortunes of Marshall, Sons & Co, the photos reflect the life in twentieth century Lincolnshire, though the specific date of every picture is sadly not recorded, which makes the chronology uncertain.

The book is available from the Gainsborough Heritage Centre and all proceeds will contribute to the continued improvement and building works at the Centre.

LINCOLNSHIRE FOLK TALES BY MAUREEN JAMES
Published by The History Press, Price £9.99
This new publication collects many fascinating, dark as well as humorous stories from centuries past into an informative primer for readers both within and beyond the county’s borders. Maureen James follows numerous talented storytellers in Lincolnshire’s history in recounting tales relating to everything from the local landscape and its geology, to the men, women and creatures who have lived in the region.

Illustrated throughout with delightful black and white sketches, there are names here that will be familiar to many readers of the Lincolnshire Poacher, including the Lincoln Imp and St Guthlac, but the Potted Witch of Pilford Bridge and wise Fiddler Fynes of Kirkstead might be less so. A storyteller first and foremost, James’s style is self-effacing as far as the depth of her knowledge and research is concerned, and she delivers this wide-ranging and captivating folklore in a style that is accessible to readers of different ages.

THE BLOODY CITY – A MEDIAEVAL MYSTERY BY C B HANLEY
Published by The Mystery Press, Price £7.99
Drawing on the history of the little-known Second Battle of Lincoln, which took place in 1217 and saw Lincoln Castle as the last bastion of defence against an invading Norman army, CB Hanley’s new fictional story follows Edwin Weaver, servant to the Earl of Surrey who rides to the city in order to recapture it from the invading French force.

The narrative gallops along, as the inexperienced Weaver faces the bloodshed and tumult he finds in Lincoln, in an effort to identify the traitors among the English. Hanley paints both scenes of brutal conflict and intimate conversation in a prose style that will keep fans of Bernard Cromwell, and Game of Thrones turning the page and her entertaining take on this important but under recognised point in the county’s history offers a novel introduction to what was almost a devastating defeat for England.

BOOK NEWS
A signed copy of a book written by US president John F Kennedy, which was found in a rare and antiquarian bookshop in Stamford by the item’s seller in 2001 was auctioned in December. The book, titled Why England Slept was intended as a gift for Queen Elizabeth II, who was out of the country when JFK visited the UK in 1963. The circumstances of its appearance in Lincolnshire, however, are unknown according to a spokesman for the website Picollecta.com.

Lincolnshire County Council executive members recently voted in favour of proposals designed to save the Library service £1.7 million. The changes could result in more than thirty local libraries being run by communities on a volunteer basis. The proposals have faced widespread criticism from the start. The deadline for communities to express an interest in running their own library has been extended to 31st January 2014.

A new book, The History of Lincoln City Fire Brigade chronicles the history of the volunteer fire service from the purchase of the first appliance in 1839, through the formation of the National Fire Service in 1941, the City Brigade in 1948 and finally the Lincolnshire Fire Brigade in 1974. The book, by William Reid, costs £15 and is available for purchase at local booksellers or by contacting Mr Reid directly: bill.reid9@ntlworld.com