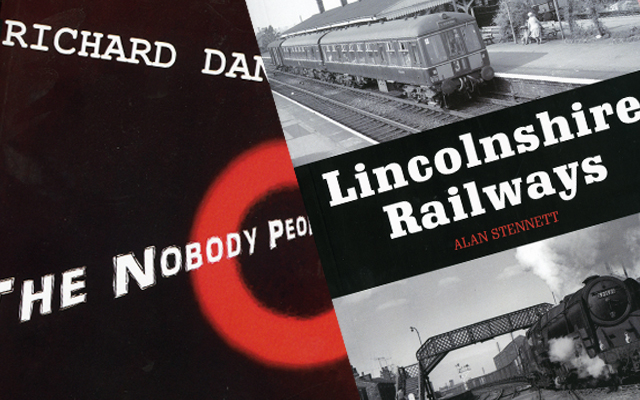 Photography in the Middle: Dispatches on Media Ecologies and Aesthetics, the second book co-authored by University of Lincoln lecturers Rob Coley and Dean Lockwood, will be published by Punctum Books this autumn. The book draws on their research at the university and will offer fresh inroads into media past and present.

Jessie Burton, acclaimed author of The Miniaturist, will be hosted for a second time by Lindum Books at the Drill Hall Café Bar, Lincoln on Wednesday 31st August. The Afternoon Tea event will begin at 1.30pm and will include an interview and signing. Tickets are £12 from Lindum Books. Tel: 01522 262374

Lincoln writer Peter Jacobs is a former RAF Wing Commander and is the author of several books. His new title, Bomber Command Airfields of Lincolnshire, is the latest in Pen & Sword Books’ Aviation Heritage Trail series. Most of Lincolnshire’s wartime bomber airfields have long gone, with many having reverted to their pre-war agricultural use. Others have survived and maintained the link with their flying past. All are included in the book.

Lincoln author Cary Smith has released a new thriller, Or Not To Be. Available for Kindle and in paperback, it mixes the dark atmosphere of Scandi-noir with local intrigue, following a murder investigation led by Swedish-born detective Inga Larsson and her encounter with two Lincolnshire amateur dramatics groups.

LINES FROM LINDSEY
by Ian Lacy, Published by Ironstone Books, Price £4 (pbk) and available on Kindle

Too often viewed today as irreconcilable approaches to the world, science and religion find a fitting meeting place in the poetry of retired GP Ian Lacy. Reflecting on his experiences as a doctor, finding solace in the gospels and the surrounding countryside of Lincolnshire, the verses in Lines from Lindsey remind us of unanswerable questions, the difficulties for which there is no simple remedy and the hope that is recovered where loss is threatened.

Much of Lacy’s imagery is of the landscape, and reminding us that our experiences are seldom black and white, the Lincolnshire landscape is described repeatedly in these poems as lying under a “grey” sky.

Committed to blending “science with care”, Lacy confirms that medicine might heal the body, but that language and love, the abstractions and feelings that show up on no scan, make up so much of what is important in our lives. Profits from the sale of the book will be donated to Lincoln Samaritans and the Lincolnshire Wildlife Trust.

LINCOLNSHIRE RAILWAYS
by Alan Stennett, Published by The Crowood Press, Price £16.99 (pbk)
Before the intensive engineering work that saw the development of railways in Lincolnshire, there were the lawyers, bankers and surveyors; the boisterous board meetings, public sessions and parliamentary interventions. In his new history of the railways in the county, Alan Stennett this way sets the scene for more than a century of movement and change.

Illustrated with both colour and black and white photos, Stennett draws upon a wealth of resources and offers more than a trainspotters’ guide to the familiar locomotive sights and sounds past and present. Stennett describes the role of the workers in constructing the railways, the changes in industry and leisure that led to branch lines opening and closing and the consequent economic and social utility of the railways as a form of transport and communication.

Stennett’s picture is comprehensive, neatly organised and reveals a thorough knowledge in his consideration of the breakthroughs and breakdowns in rail planning, as well as the possible future for train lines in the county.

THE NOBODY PEOPLE
by Richard Daniels, Published by the author, Price £3.99 (pbk) and available on Kindle
Mablethorpe might not seem the most likely setting for a thriller about killings, cover-ups and a nebulous organisation controlling the world’s black market, but following in line from Ted Lewis’s Jack Carter crime stories – which included Scunthorpe as a backdrop – writer Richard Daniels here finds a role for local detail in a gritty story for contemporary readers. Setting his ambit wider than local gang loyalties, Daniels’s short tale attempts a dark global vision, one that will appeal especially to those with an interest in speculative fiction.

Subtitled ‘A Bloody Brit Noir Tale’, the novella form of The Nobody People is reminiscent of the short 1940s films noir. Keeping a fast pace, with sudden plot shifts and plenty of surprises, Daniels also draws on the paranoia and moral ambiguity characteristic of noir. But the Nobody People shades into sci-fi too, its plotline involving a powerful psychotropic drug that turns its users into compliant zombies.

Playing with genre and underscoring the bloody drama with humour, all in a matter of eighty pages, Daniels’s story functions like a brief rush itself, giving readers a surreal glimpse into a dark underworld beneath the quiet of a coastal town.