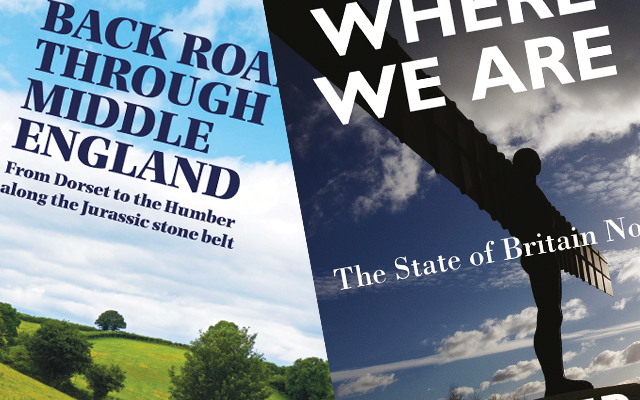 With another year of debate and uncertainty about the UK’s changing relationship with the European Union ahead, one craves more original commentary and consideration than the national press and social media are apt to present.

Lincolnshire born Roger Scruton is one of Britain’s foremost philosophers. As a conservative in the tradition of Edmund Burke, his position on the referendum is not difficult to fathom here, but Where We Are is no polemic. It takes a much broader view of European history beyond the anxieties preoccupying the present, and would inform anyone with a serious interest in the development of the democratic nation state.

Scruton is not only deeply knowledgeable about the characteristics of British law and government as distinct from those in countries on the continent – taking in Magna Carta, the Code Napoléon and more – but argues passionately about the importance of land as a basis for shared ties between people from different backgrounds and faiths.

So the ‘where’ of Scruton’s title not only refers to the timescale of the Brexit process but the centrality of place in his argument. Just as significant is the idea of a first-person plural, a ‘we’, as against the divisions manifested in any liberal democracy.

Paying careful consideration to ideas of undemonstrative patriotism, as against belligerent nationalism, as well as the intricacies of democratic accountability, rights and duties, there are few, if any traces of the tired slogans and banalities that continue to characterise debate around this important political process. Not one to take rest on the fence, however, Scruton is cutting towards those who delight in repudiating the country in which they live and work and must form communities.

Scruton shows his own openness to thinking beyond narrow political conceptions of left and right to offer possible ways forward: referencing George Orwell’s writing on patriotism and criticising effects of free market global capitalism. We ought to be thankful that someone is writing in such a lucid, informed manner on this, the thorniest of topics.

BACK ROADS THROUGH MIDDLE ENGLAND
ANDREW BIBBY
Another book about the specificities of place, the enduring marks of history and the response of communities to change. Writer Andrew Bibby was led by his fascination with the belt of Oolite limestone that runs from Dorset to Winteringham to cycle 430 miles over eight days following its course as closely as possible.

Not simply a physical challenge for leisure, Bibby stops off along the way to learn about the factors and events that have shaped the landscapes and personalities of numerous towns and villages from Burton Bradstock, through Wellingborough and into Lincolnshire. In Lincolnshire, Bibby learns about the work of Community Rail Partnerships, the significance of agriculture to the economy – with a visit to Branston potato suppliers – as well as the vital conservation work of the stonemasons of Lincoln Cathedral.

The search for ‘Middle England’ is a familiar venture in publishing, with Stuart Maconie among others following their own routes hoping to gain a flavour of the individual lives lived in communities outside the major cities – while creating a raft of writing clichés along the way. Bibby’s brief travelogue extends his interest beyond the geological towards social history, poetry, politics as well as local projects and business developments. As well as considerations of John Clare’s poetry and Thomas Hobbes’ writings on the ‘state of nature’, there are updates on the prospective Fens Waterway Link.

Bibby’s curiosity to learn more about the less well known is clear and admirable, and his descriptions often perceptive. Still, such publications do prompt the thought that the people of Middle England might write about their own lives a little more often, rather than leaving it to others to have their say in passing.