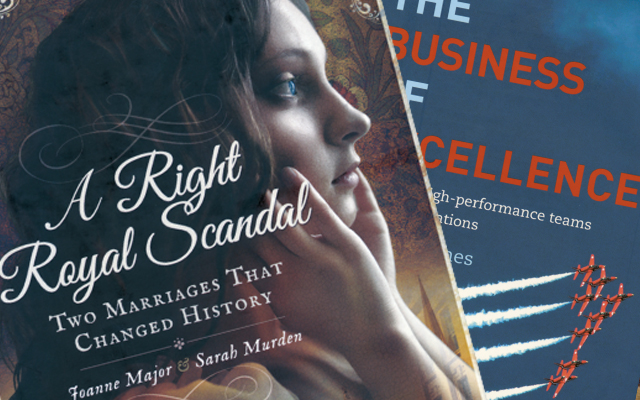 The Society for Lincolnshire History and Archaeology has published a new book on the golden age of theatres and acting in Lincolnshire between 1730 and 1850. Treading the Boards by Neil R Wright explains how theatre flourished and actors made a living in Lincolnshire without needing to go elsewhere. The book features a foreword by Jim Broadbent. www.slha.org.uk

Sibling Rhymery is a new poetry collection written by Scunthorpe born Christine Watkins in collaboration with her three sisters. The project grew out of an email conversation, using the alphabet as a guide to writing some verse for fun. The first title is ‘Age’, the last ‘Zodiac’, and the topics in between range from Bacchus to genetics, from the occult to undergarments.

It has been confirmed that the reissue of Little Will and Clink Carrot, the first part of Peter Gaston’s trilogy reviewed in our December issue, will be available from Thursday 26th January. Richard Kay Publications will be publishing the book, priced £9.99. The book will be available to order from the Lincolnshire Life shop.

THE BUSINESS OF EXCELLENCE BY JUSTIN HUGHES
Published by Bloomsbury Business, Price £25 (hbk)

Following a year in which ‘experts’ have been derided and the demand for clear plans of action have been repeatedly heard, Justin Hughes’ book commendably looks at the variables that can frustrate the best laid plans, and the behaviours and attitudes that can be learned from a range of specialist fields, to improve one’s levels of achievement.

Hughes is a former Red Arrow pilot and brings his knowledge from this high pressure, high discipline, public facing organisation to discuss the fulfilment and improvement that comes from effective teamwork.

Avoiding catchy acronyms, and the sort of utopian aspirations of some of Silicon Valley’s public speakers, Hughes’ emphasis is on getting the basics right. In this era, such recommendations from military strategists as ‘Not more plans, but fewer plans’ and ‘Instead of more communication, less but better communication is required’ might seem contrary. Hughes is honest about not promising a quick fix, rather sharing lessons learned from personal experience and conversation with leaders from a wide range of fields, from business to sports coaching.

There is some unnecessary repetition from the beginning, but throughout Hughes gives clear and valuable advice that is worth repeating.

A RIGHT ROYAL SCANDAL BY JOANNE MAJOR AND SARAH MURDEN
Published by Pen & Sword History, Price £19.99 (hbk)
Following on from their first co-authored book about Grace Dalrymple Elliott (reviewed in our April 2016 issue), Lincolnshire based Sarah Murden and Joanne Major here focus on more scandalous affairs during the Regency period. Elliott turns up here, too, as her deceased daughter’s widower, Lord Charles Bentinck began an affair with Anne Wellesley, the married niece of the Duke of Wellington. This is the authors’ starting point.

This relationship led to a much publicised Criminal Conversation and petitions for monetary compensation from Anne’s husband. The gossip spread through the highest echelons of Regency England, with Bentinck a close friend of the Prince Regent.

Murden and Major then turn to Bentinck’s son Charley, an aspiring clergyman, whose first marriage to Sinnetta, a woman of gypsy heritage, brought new scandal to the family. If not for her early death, the royal family tree would have been somewhat different, as the unfolding history reveals.

The authors, two genealogy enthusiasts whose friendship and working relationship blossomed online, reflect the possibilities of history writing in the age of the internet; their peculiar interests leading them to subjects less often referred to by academics and popular historians. The writers’ passion is also evident in the clear, enthusiastic storytelling approach. The curious links with royals from the Regency period to today, indicated by the book’s title, are not entirely compelling, but Murden and Major do well in bringing the Georgian era, and some unusual lives, to vivid life.

VOICES FROM THE 4TH FLOOR BY SLEAFORD HUB WRITERS
Published by Sleaford Hub Writers, Price £6 (pbk)
This second anthology, which includes three Lincolnshire Poacher contributors, showcases the ongoing work of the Hub Writers of Sleaford. The fourteen poetry enthusiasts range in age from eighteen to ninety, bringing their different perspectives to the world around them. Alma Olivia Hynd pays especial attention to the Lincolnshire legend of Byard’s Leap and features of the county, while her fellow contributors take inspiration from the festive season, a spot of toothache, relatives and the natural landscape among other subjects.

Though the editing might be improved in future anthologies, to rescue a few misplaced apostrophes and bring all of the diverse poems together under a clear style guide, one hopes that this collaborative, creative venture will continue to thrive.