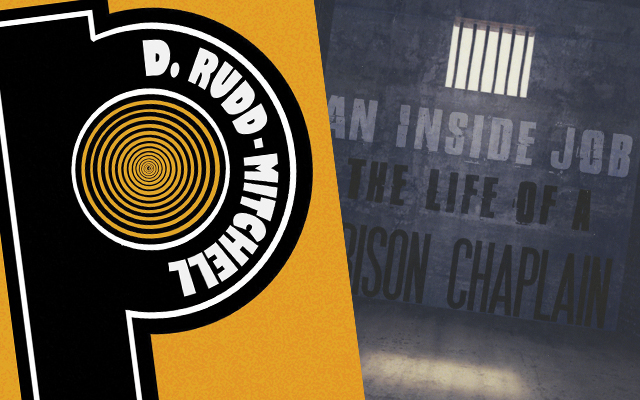 The year is 2225 and London is under the control of the Party. In an attempt to divert humanity from its self-destructive path of individualism, political division, lust and environmental exploitation, a pandemic has been engineered to shrink the population and a program enforced to teach one Truth. One researcher in pre-Party history, Norwich, is excited to be suddenly granted access to information few are privileged to see, but which threatens his comfortable, regulated life.

The latest publication by Horncastle’s Plastic Brain Press, D Rudd-Mitchell’s novella does not hide its indebtedness to George Orwell’s 1984 – in fact it seems appropriate that a story about absolute conformity would follow a template. But Orwell had Stalinist Russia and Nazi Germany in mind while Rudd-Mitchell reflects many of the political issues of the present, and shows that our predicament is no simple re-run of those twentieth-century terrors. Concerns about capitalism, climate change, overpopulation, mental health, and the deepening divides in politics are touched upon as Norwich looks back through the archives and tries to understand the Party’s aims. The author achieves a tone of detachment through stylisation, with few other characters and minimal descriptions of Norwich’s days. This helps bring Norwich to life and the reader is prompted to consider how frustrations about social behaviour and the desire to control it are to be found mirrored, uneasily, in parties and protest groups across the spectrum.

Neither reactionary nor preaching, Rudd-Mitchell reminds us that humanity is incompatible with attempts to narrow its repertoire and sphere of activity. And very real fears and dire prospects might lead to intolerable ‘solutions’. P also reflects the modern widespread faith in the algorithm and machine learning to solve global crises. It warns that, difficult as it may be to admit, where there appears to be only a care and concern for life, progress and truth, there might soon be their opposite.

An Inside Job
by Joy Osborne

This short memoir takes readers inside HMP Prison Lincoln, where author Joy Osborne worked as a chaplain for many years before her retirement. Bringing her Christian faith into the foreground she explains how she was able to respond to the challenging and surprising experiences she faced.

Within the routine life of the prison, which opened in 1872, Osborne found a variety of personalities and witnessed the aftermath of the riot of 2002. Her willingness to lend an ear and attempt to communicate with all inmates, even knowing some of the circumstances of their imprisonment, seems all the more remarkable given the increasingly unforgiving nature of politics and social interaction today. While Osborne does overlook the fact that many prisoners return time and again behind bars, she shares the positive transformations – and alerts us to the consequences of imprisonment that many on the outside might wish to ignore, perhaps considering the matter closed.

Once someone is convicted it will impact on the lives of their family and friends, the victims and their families, as well as those responsible for their custody. Osborne writes of the ways in which the death of a family member is handled, the break-up of a relationship and the death of a fellow prisoner. And then there are the issues faced by the released prisoner and what support is available to them.

It is this series of questions and concerns that open out once life for the prisoner is closed in that make this an insightful read. Being centred around the author’s Christian faith and belief in reform, the book skirts over the worst aspects of criminality and the unwillingness by some prisoners to take responsibility for their deeds, as explored in former prison doctor Theodore Dalrymple’s recent book The Knife Went In. It will be of primary interest to those wishing to follow Osborne’s example – and she makes a good case for the value of the role of chaplain.