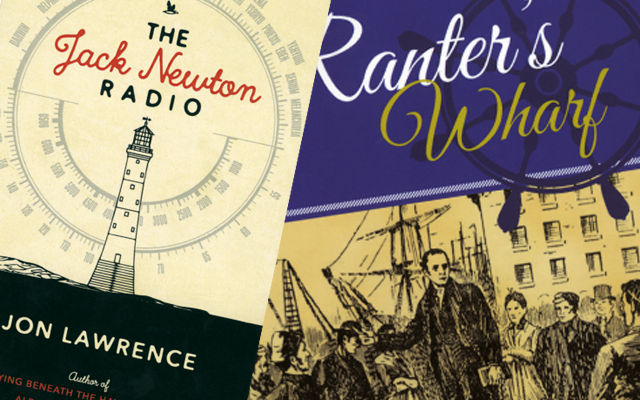 In the Shadow of the Stump by RK Leatherdale
Published by Talvela Press, Price £9.99 pbk

This crime novel, set in November 1904, places the towering Boston Stump as the scene of a grisly death – that of a young pregnant woman, a maid of Swineshead Abbey. Inspector Thomas Caphorn is called upon from London to unravel the mystery and determine who is responsible. In the process he becomes immersed in the atmospheric surroundings, the people and the history of the market town.

Leatherdale puts the reader in the place of the outsider, paying heightened attention to local detail. Sometimes venturing beyond the procedural into tourist guide descriptions, the setting nevertheless proves that it can give the writer much to work with – the gloom of the flat, wintry landscape contrasting with the vertiginous feel of the Stump ascent. The investigation draws in not only local farmers but also the wealthy Ingram family, relatives of Herbert Ingram, the London Illustrated News founder whose statue stands in the town’s market place, bringing historical references to new life in a fictional tale.

It would take a better sleuth than this reviewer to judge more precisely how accurate Leatherdale’s descriptions of police procedure for the early twentieth century are, but the story moves apace and will satisfy both the crime novel addict and those with an interest in local history.

Ranter’s Wharf by Rosemary Noble
Published by the author, Price £7.15 pbk
The port town of Grimsby in the nineteenth century is the setting for Rosemary Noble’s new novel, which depicts the hardships of a town and its townsfolk at a time before economic rejuvenation and with the events of the Napoleonic Wars making themselves felt. Furthermore, a religious groundswell builds, thanks to a travelling Methodist preacher, expanding the scope of the story even further.

Following the death of his mother, William Holtby is taken from his farm labouring family into the care of his aunt Betsy. Forming a close bond with the woman and given a grammar school education, William’s life is transformed. But the return of his younger brother Joe precipitates a deep familial rift, which only the vitality of new found religion can heal, with the two brothers guided by the charismatic Silas King. The consolations brought about by this religious commitment are then tested, as Joe’s son engages with social reform movements, bringing renewed turbulence.

Noble was inspired by stories of her personal ancestry and reflects a developing knowledge and keen interest in the historical emergence of Methodism and voting reform. Social conditions are given documentary life in the relationships among the novel’s protagonists, in particular the stark descriptions of the House of Industry. Weaved through a family saga that spans generations and shifting emotional ties between characters, Noble ably combines dramatic, psychological and historical interest.

The Jack Newton Radio by Jon Lawrence
Published by Little Eden Books, Price £6.99 pbk
Widowed septuagenarian Anwyn returns to her family home in St David’s with only her dog for companionship. Her increasing forgetfulness sparks fears of the onset of dementia and raises concerns for local nurse Maggie, who welcomes Anwyn into the life of her family – whose own troubles are clear to the newcomer.

In the character of Anwyn, east of England based author Jon Lawrence considers personal loss in terms of both physical death and memory. Anwyn’s troubles are mirrored in the different experiences of Maggie’s family, including her bullied, isolated son Peter but consolation comes in the poems of Jack Newton, whose words Anwyn hears on the radio. And there is humour in the self-reliant Anwyn’s barbed comments.

Descriptions of lonely seafronts, the turbulent sea and flaking boat hulls reflect the emotional lives; but the communions between the characters are sometimes articulated in lines a tad trite for a book that has genuine poetry at the heart of its story. Still, Lawrence shows he can mine the depths of despair in the harsh experiences of Peter, whose care for an injured seabird is described in scenes that are at once surreal and affecting.