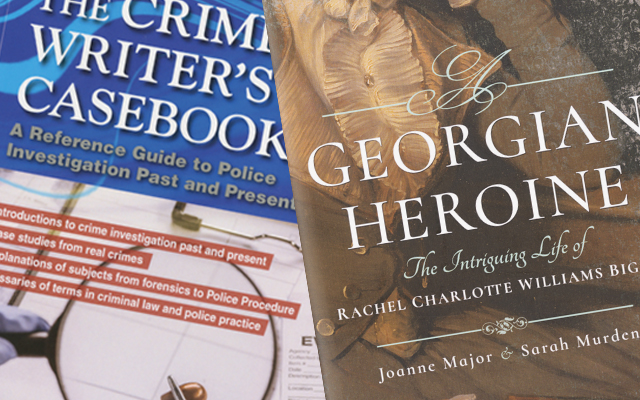 Rachel Charlotte Williams Biggs is the subject of the third book by Lincolnshire based historians Joanne Major and Sarah Murden, whose shared passion for the Georgian era has shone a light upon little known but fascinating personalities.

Biggs endured sexual assaults and cruel manipulation by a wealthy timber merchant in London, before managing to flee to France where she witnessed the French Revolution and wrote of her experiences.

An enthusiastic correspondent and petitioner, her writing about the situation on the continent found favour with politicians including William Wilberforce and her royalist sympathies would eventually see her single-handledly organising jubilee celebrations for King George III. Happy to act as a spy and even possibly a harbourer of spies from France, Biggs proves a forthright and energetic character.

Drawing on extensive research, Major and Murden piece together the particulars of Biggs’ life as best they can from personal writing and other archival finds, while being judicious in maintaining scepticism about certain episodes.

Many of the particulars of Biggs’ life have come via a manuscript in the possession of former bookseller and writer Marius Kociejowski, who has provided a splendid introduction here.

There are some curious parallels with their previous book on Grace Dalrymple Elliott, who is even referred to here. As with that book, the co-authors have a predilection for filling in biographical particulars of lives only tangential to the subject of the book, which often makes the text diffuse. A fiction author may better avoid this by using archival material to imagine the inner life of one or a handful of figures.

The central importance of letters that Biggs sent to her first love, later General Sir David Octherlony (who as an officer for the East India Company went native), also hints at another figure worthy of biography, as well as an artistic portrait of Biggs unfortunately not available to the researchers – though the book is illustrated with images of some of the main cast and locations.

THE CRIME WRITER’S CASEBOOK
STEPHEN WADE AND STUART GIBBON
On more than one occasion on these pages I have wondered about the accuracy of crime books under review, as far as references to police procedure are concerned. For that reason, popular county writer Stephen Wade’s new book, co-written with former police officer Stuart Gibbon, struck me as a worthy undertaking.

Known for his history titles, Wade focuses on the ways in which criminal acts were investigated prior to developments in the nineteenth and twentieth centuries, when policing became much more sophisticated. Gibbon, whose career saw him working in the county as a Senior Investigating Officer on murders details the processes of modern cases, even referring to specific incidents that occurred in Lincolnshire. The comparison of techniques past and present not only underscores the huge advances in forensics but also allows Wade to consider particular crimes from a contemporary perspective.

There is information here that might possibly help aspiring crime writers, but as I suspect is the case in many investigations, the most valuable detail is not at first obvious. Much will be common knowledge even to general readers, and there are somewhat redundant remarks and repeated information along the way. One glaring oversight is the increasing prevalence of cyber crime, which will no doubt factor more and more in the future and therefore in future crime writing.

Wade and Gibbon have compiled a handy reference guide, including acronyms and useful illustrated information on epaulettes and associated ranks within the police force. But there is little focus on crime fiction – good or bad – which would certainly be a worthwhile endeavour. Excerpts and annotations might have shown how accurate information can have an effective bearing on fiction, or where writers have gone awry.