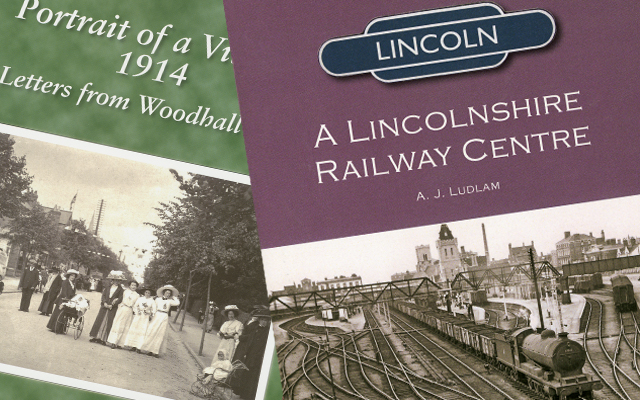 Words by:
Yusef Sayed Featured in:
May 2017
Share Article

Marshchapel resident Frank White made the Times newspaper recently, following the submission of his second manuscript to publisher Hodder and Stoughton, after a fifty-three-year gap. His story, There Was a Time is set in a coastal village between June and December 1940, with the threat of invasion during the Second World War. The motivation to write was the awareness that relatively few people alive now have first-hand experience of the war. White has written for the BBC and was previously a Writer in Residence at Theatre Royal, Lincoln. The new book will be published on 29th June.

Lindum Books in Lincoln has been named regional winner of Independent Bookshop of the Year at the British Book Awards. The shop stood out amongst the competition in the East Region and will now compete for the national award.

South Lincs author Jon Lawrence has released his third novel. The Jack Newton Radio tells the story of a widow who finds solace in the compnay of a broken family as well as poems broadcast on the radio. For more information visit www.jonlawrence.org

Sleaford based writer Malcolm Moyes has published his second novel for young adults. The Boy Who Still Preferred to be Somebody Else sees the return of the rebellious Arry Trumper, now a secondary school pupil. Published by Matador Books.

Many of us have two competing images of the railways. There’s the age of steam locomotives as idealised in the Flying Scotsman, which returned to the rails recently, enjoying big turnouts and passenger numbers. At the same time, continuing disputes between workers and train company bosses, as well as soaring ticket prices, have seen the trains become a source of daily misery, as the national news has reported.

Alf Ludlam’s small book on the history of the railway in Lincoln leans towards the former and is, as one would expect with it being published by a railway society, full of the sort of detail that enthusiasts will appreciate. For a non-specialist, some of the archival black and white photos of steam engines – many with the Cathedral seeming to hover above them – while evocative, appear to be identical at first glance. Those who are passionately interested in the subject might be aghast at such a comment, knowing the key differences.

But of course it is not just nice pictures. The specific detail, of the history of Lincoln’s trains and lines and their associated industrial or leisure functions, marks a deep knowledge of the subject within a very compact publication. While the photo of trainspotters on one page might indicate a narrowing of potential readership, Ludlam gives us the bigger picture throughout, of general historical interest. To purchase, visit www.lwrs.uk or call 01507 473209.

PORTRAIT OF A VILLAGE – LETTERS FROM WOODHALL SPA BY MARJORIE SARGEANT
Published by Woodhall Spa Cottage Museum, Price £9 (pbk)
At the beginning of 1914, the boarding house owners and shopkeepers of Woodhall Spa were anticipating the forthcoming visitor season, with many coming to enjoy the village’s spa waters. The Petwood, under the ownership of the wealthy furniture heiress Grace Weigall and her husband politician Archibald, was a focal point with the couple playing a central role in local affairs. As with Stafford Hotckin, a squire and chair of numerous associations involving local administration and politics. For most of the residents, time was spent getting through the busy period, enjoying the golf links and village dos, and keeping up with the fashions displayed by ladies visiting from the big city.

This picture of village life in Woodhall is presented by Marjorie Sargeant in the form of fictitious letters that are nevertheless based on real people and events, researched through the archives. Sargeant is a former Trustee of the Woodhall Spa Cottage Museum, and has supplemented her writing with numerous photographs from the museum’s collection.

Sargeant imagines the voices of several men and women of different social positions building each personality by blending personal intimations, humour and news of local events and incidents. Crucially, by the time we reach the second half of the year, the unfolding events in Europe begin to cast their shadow.

Nevertheless, these developments do not overtake everything. Everyday matters must still be attended to. The harvest festival, the village fete and the spa treatments continue amid the upheaval and changes that the village must make to help in the war effort.

Sargeant has drawn upon so much history here and presented it through passing remarks, casual conversation and in the style of gossip. In the epistolary form that she uses, the life of the village is expressed effectively and makes for an imaginative approach to local history. Available in selected retailers including Bookfayre in Woodhall Spa and Perkins in Horncastle. Also from the museum and Petwood Hotel. For more information email info@cottagemuseum.co.uk