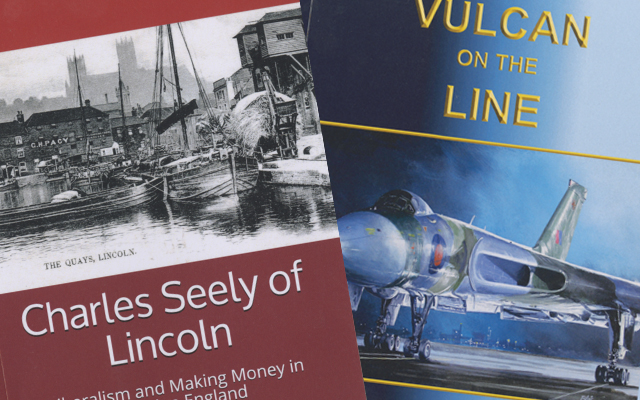 Words by:
Yusef Sayed Featured in:
May 2019
Share Article

This short monograph tells the story of Lincoln born entrepreneur and politician, Charles Seely. The son of a baker, Seely would go on to become a man of great wealth, represent the city of Lincoln in the House of Commons for a quarter of a century and own large amounts of land on the Isle of Wight.

Despite a lack of personal and business documents that might help construct a fuller picture of Seely’s life and affairs, co-authors Mark Acton and Stephen Roberts have drawn on many archival newspaper reports and other materials to tell Seely’s story.

As a mill and mine owner in the nineteenth-century, Seely built a reputation in Lincoln and first became a member of the town council in 1837. His Liberal political views were supported by the Stamford Mercury, while his stances on certain issues were criticised by both Tories and the Lincolnshire Chronicle.

Much of the focus of Seely’s attention as an MP was given to the Admiralty, to address what he saw as its wasteful expenditure. As with most political careers, Seely attracted opponents and was subject to attempts to void his elections in his time, which Acton and Roberts document, conveying a sense of the partisan atmosphere of the times – which do not seem far removed from current divides.

Of particular interest is the story of Seely’s welcoming of Garibaldi to his home on the Isle of Wight in 1864, and the visit paid by the pair to another Lincolnshire notable, the poet Alfred Lord Tennyson at the time – something one might imagine ripe for a fictitious retelling. Mention is also made of another forgotten, aspiring local poet and friend of Seely’s, Thomas Cooper.

The chapters are arranged according to subject, rather than straightforward chronology which aids this introductory overview for the general reader. The book is available to purchase from Amazon.

VULCAN ON THE LINE
BY BRIAN CARLIN

This memoir gives readers an account of Vulcan operations from the perspective of the ground crew. In the 1960s, during the Cold War, Brian Carlin began his service for the RAF during which he would be posted at Waddington and later Scampton as an electrical technician.

Switching between accounts of essential, sometimes eventful operations and day-to-day life on the base, the book has enough anecdotes and attention to period detail and lively characters to be of interest not only to the aviation enthusiast. The descriptions of sometimes hair-raising exercises – necessary at a time when the UK was at threat from the Soviet Union – are balanced by romance away from the runway and the camaraderie among the young crew.

With fears of Communist spying, even a full-scale nuclear attack, at the forefront of politics, Carlin gives an insight into the experience of routine, time-sensitive dispersal exercises, and security checks – with one recollection of a requested visit to Security Services in London for a meeting concerning his own personal correspondence.

Carlin also includes an account of a four-week exercise in Malta where the writing takes a more touristic tone, giving a sense of the social scene for the visitors. As such, the book provides a nice blend of technical and biographical detail. And anyone with their own connections to the time and the Forces will be sure to have their memories stirred. The sights, sounds, smells and physical challenges of working with the impressive aircraft, in all weathers, come across.

In addition to Carlin’s stories, he includes reminiscences of friends, including a fellow technician Geoff Supple, and other former crew whose writings he has found to be of specific interest. The text is accompanied by photographs, again a combination of personal mementoes and specialist illustrations.

An informative, often humorous account of life up close with one of the most iconic aircraft. The book is available at Amazon.