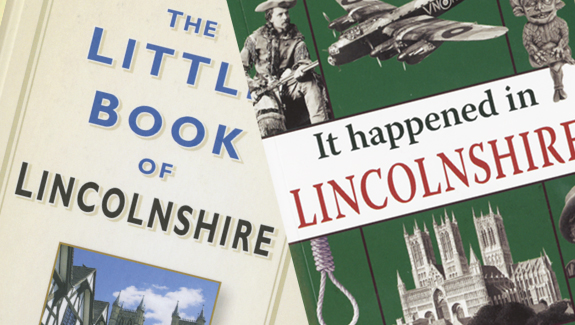 Local fiction writers are invited to test their storytelling skill on a small audience at the new 15 Minute Fiction events, held monthly at The Angel Coffee House in Lincoln. Sign up by email or on the night and showcase your writing. Or if you just wish to listen, drink coffee and enjoy a slice of cake any newcomers are welcome. £2 adv from the Angel or £3 on the door. For more information visit facebook.com/15minutefiction

Lincolnshire based writer of Young Adult fiction Kerry Drewery has recently published a new novel. Cell 7 is a dystopian story which envisages a future in which judicial power is handed over to television viewers. The novel is published by Hot Key Books. www.hotkeybooks.com

Brewin Books has published county based writer Donald McDonald’s novel 9/12 Another Day. The story centres on an insider trader who, suspected of having died on September 11th, begins a new life only to learn some years later that his ‘widow’ is seeking public funds for a life saving operation for the son he never knew he had. www.brewinbooks.com

THE LITTLE BOOK OF LINCOLNSHIRE BY LUCY WOOD
Published by The History Press, Price £9.99 (hbk)

Lucy Wood’s previous publication, The Grimsby Book of Days, took an imaginative approach to historical miscellany. The final chapter of her new title, The Little Book of Lincolnshire, uses a similar technique, presenting a calendar of curiosities about the county. Elsewhere, though, the facts are gathered in a more straightforward manner, according to subject, but are supplemented by often humorous small sketches by Dianne Clark.

Wood offers light-hearted trivia – such as the mysterious community of gnomes appearing in Brattleby gardens in 2003 – as well as the sombre realities of wartime and the death toll of industrial accidents; snippets of haunting folklore and larger-than-life personalities. Those readers who are already knowledgeable about the county’s past will no doubt still find much to surprise them but it is perhaps to the interested visitor that the book will most readily appeal, especially given the relatively short space given over to each fact, ideal for a quick dip and familiarisation.

Of particular interest to this reviewer, unsurprisingly, is the history of literary Lincolnshire. The relevant section mentions the influence of the county on George Eliot and DH Lawrence, as well as the less interesting ancestral link with Enid Blyton, but there are still more fascinating and less well-known facts that one can uncover. There’s the baffling fact of French Symbolist poet Paul Verlaine’s residence as a teacher in Boston, for instance, which surely deserves mention in any such collection.

However, the visit of Walt Disney to Norton Disney in search of his family roots, which is reported by Wood, must be among the most surprising nuggets of information one might uncover, expecting it to be common knowledge by now. And there are plenty more here.

IT HAPPENED IN LINCOLNSHIRE BY DAVID CLARK
Published by Merlin Unwin Books, Price £8.99 (pbk)
The second compendium of county history to feature this month forms part of Merlin Unwin’s It Happened In… series. Also arranged by themes including ‘Myths and Legends’ and ‘The County at War 1914–18’ author David Clark provides a sound overview of Lincolnshire’s past and its traces in the present day.

It is nice to see local writers championing the county as a place of much historical interest, but with many books of this kind already available, one cannot help but wish for yet more novel personalities, events and connections. Wider reading and research, even unrelated to the county, can bring forth surprises. It was on a documentary about ancient Egypt screened earlier this year that I discovered that Lincoln Cathedral was the first building to tower higher than the Great Pyramid of Giza.

Clark’s extensive knowledge of Lincolnshire aviation, also reflected in his 2015 book Second World War Airfields in Lincolnshire, serves readers well in the chapter focusing on ‘Bomber County 1939–45’. Turning to Clark’s ‘Literary Lincolnshire’ section, the customary Tennyson link is made, as well as a short biography of Boston born Jean Ingelow, but the connections seem to be severed after the nineteenth century.

Nevertheless the key bases are covered in a clear, informative style, from ecclesiastical happenings to innovations in science and engineering. The book is illustrated with black and white photographs, most commonly featuring architectural landmarks and details.

NEW TITLES AT THE LINCOLNSHIRE LIFE WEBSHOP
Two new history books have been added to the Lincolnshire Life webshop. Life on the Trent and Humber Rivers and Saturday Night Soldiers are both published by Richard Kay Publications. For more titles and gift ideas, explore our full range of Lincolnshire books to buy online at www.lincolnshirelife.co.uk/shop/department/books