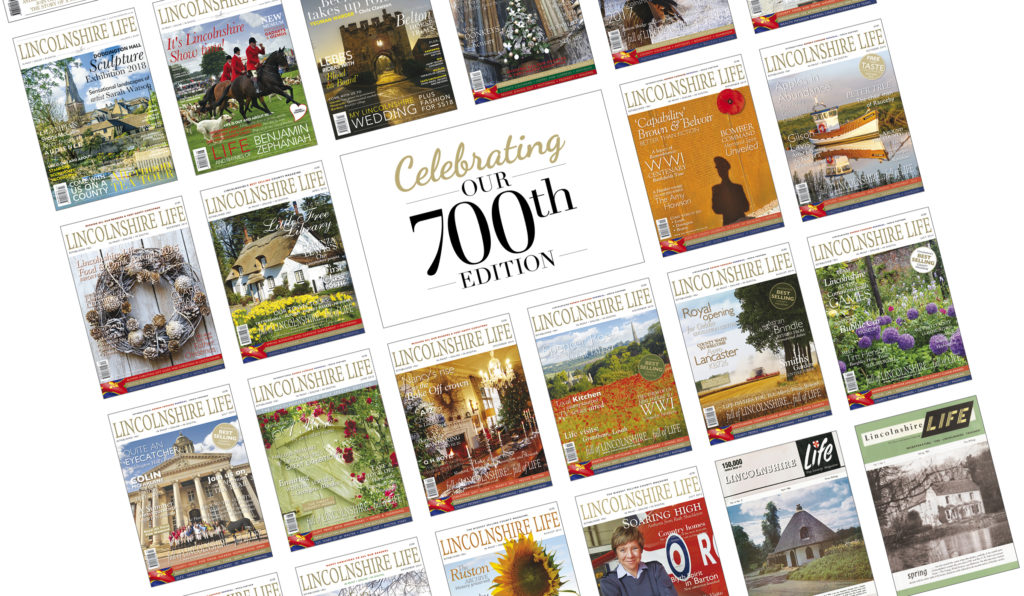 Author Andrew Beardmore has published a hardback guide to the county, Lincolnshire: Unusual & Quirky. The book is a widely researched compilation of historical facts both conventional and strange. It includes around 450 photographs.

Sleaford based author Michael Tanner has recently published The Demon: the biography of Victorian champion jockey George Fordham – whose exploits within the county at Lincoln and Stamford are fully covered.

Back Roads Through Middle England is a new book by Andrew Bibby, charting a cycling tour through the less explored parts of the nation. Pedalling 430 miles, his route followed the line of Jurassic oolite limestone from Burton Bradstock to the village of Winteringham.

Earlier this year, images of Lincoln Cathedral and Castle began to appear on the review pages of national newspaper supplements. Novelist Adam Thorpe was receiving complimentary notices for his new novel, Missing Fay, set in Lincoln.

Thorpe established his reputation early, with 1992’s Ulverton, already reprinted in the Vintage Classics collection. In Missing Fay, Thorpe gives us brief, emotionally rich and descriptively eloquent glimpses into the lives of seven characters of different ages and backgrounds, including the titular Fay, a fourteen-year-old girl raised on a Lincoln council estate. Following Fay’s disappearance in January 2012, she appears either in flashback as mouthy flesh and blood or else only an unforgettable face on a missing persons poster.

There are direct encounters and even sustained engagement between certain characters, while other paths cross only indirectly. This not only makes the novel feel less contrived; it also contributes to its mysterious qualities.

Thorpe writes from the perspective of expats, Londoners, a recent Romanian immigrant and Lincoln residents. The voices and personalities he evokes through his often humorous prose make a strong impression, conveying vulnerabilities, petty resentments and different registers of dread with apparent ease. Less convincing is Fay’s demotic. Though Thorpe may have referred to local dialect guides, most language now seems to be shaped by TV and the internet. Still, Thorpe gets the ‘mizzling’ weather right.

His evocation of the city is clearly researched – though the geographical specificity is not so stringent as to be doggedly realist. The location of Sheena’s children’s clothes shop and Mike’s bookshop will make local readers think of Steep Hill, but Thorpe invents a neighbouring strait called Totter Hill.

There are accomplished mirrorings throughout, even magical episodes, while the down to earth texture of Lincoln and its surrounding villages is maintained. In one scene, retired steelworker Howard stares at the decrepit frame of a swing in the park, recalling how he used to scare his daughter, when Fay appears suddenly. This encounter causes him to remember the case of another missing girl, whose disappearance he feels some responsibility for. This is echoed when ex-media creative, now postulant, Chris wades into a monastery garden lake towards the end of the novel. Chris searches to regain a mystical vision, a winged figure bearing Fay’s face, while fearing that he might have found a real body in the water – only to be disturbed by another monk who is watching from nearby.

I presume that Thorpe became interested in Lincolnshire as a bellwether of recent politics. While Thorpe is wonderfully attentive to many of the currents of life in a quiet, historical city, what cooled my reading of Missing Fay was the recurring sense that those writing from the perspective of onlookers about multicultural provincial England are still too easily led to a prescribed view. Thorpe is as liable to generalisation as the next writer. The Daily Mail hanging out a letterbox, the passing racial epithets and the barbs about locals give a predominant impression of gloom and nastiness – while the Romanian carer is romanticised. His vision is not rose-tinted; his impressions of the county are not the stuff of visitor guides. But this is not to say there aren’t truths in what he writes. There are certainly other stories to be told about how people are living now in provincial cities, other perspectives. To improve on Thorpe’s ability as a prose stylist is another matter.

Thorpe’s subtlety in handling Fay’s disappearance is remarkable. He introduces suggestions of menace that lead the reader to suspect several characters. Yet Missing Fay is not a crime thriller; it is a view onto many lonely lives dotted with kindnesses, in which an underlying malaise is braided into the fabric of a city.