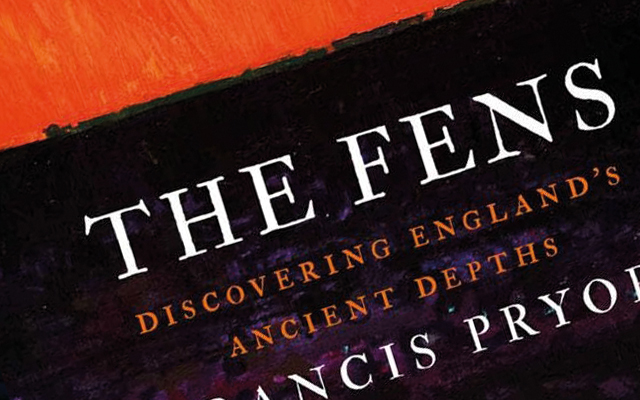 Yusef Sayed’s review of the reads

The Fens
By Francis Pryor

“It would be a huge mistake to assume that life was somehow simpler in prehistoric times,” writes archaeologist Francis Pryor in this personal reflection on the history of the fenlands and his experiences over many decades in the field.

From the features of Bronze Age farming and the role of ‘ritual landscapes’, to the drainage schemes of recent centuries, the reader is given a comprehensive picture of the ways in which these distinctive regions of Lincolnshire, Cambridgeshire and Norfolk have shaped communities.

Aware of the narrow focus that so often accompanies academic enquiries, Pryor writes for the non-specialist reader, not only clearly explaining clays, peats, enclosures and droveways but also how archaeologists believe they might have contributed to defining an adaptive lifestyle in the fens since prehistoric times. What emerges is a picture of rural living long ago, with seemingly as much intensive farming and a complexity of social practices, as is more familiar from recent eras.

Journeying through a number of cities, towns and villages from Cambridge, to Ely, Spalding, Boston and beyond, the author’s passion is not limited to what has been unearthed at excavation sites such as Flag Fen, Etton and Must Farm. There are also informative considerations of architectural achievements in later periods – such as the timber-framed Octagon of Ely cathedral and the soaring tower of Boston Stump – and the emergence of booming trades, and social organisations inspired by the turn towards science and rationalism – as well as a passionate tribute to the poet John Clare.

To complement the extent to which he covers the expanse of the fens geographically, Pryor considers every level of the social picture, from farmworkers to the Rothschilds.

Throughout, Pryor connects his discoveries and interests with events in his own life. For the most part these bring sometimes difficult ideas for the novice, appropriately, down to earth – at times, however, the reminiscences seem to have a limited connction to the ongoing story, as with Pryor’s mention of his involvement in morris dancing, or an irrelevant tangent on the likeness of seals to Labradors. Elsewhere, Pryor slips into a more impersonal tone, reminiscent of a generic town guide. Thankfully, this doesn’t let down the generally engaging and personal story. Indeed there are plenty of recommendations of unusual vantage points and obscure back roads from which one can enjoy the diversity of the landscape and architecture derived from a thorough knowledge of the fens.

The lack of written records from the period of Pryor’s professional interest means that there is always a desire to preserve as much of the past against present day developments. While this is understandable – as well as some of Pryor’s ‘digs’ at ill-informed planners and their short-term interests – there is something of a paradox that emerges when the result of widespread research and study reveals how like us the people of past eras were. “As archaeology so often teaches us, in all sorts of fundamental ways, people in the distant past were no different from us,” he writes. Pryor does of course recognise the perennial conflicts between conservation and change, as he reflects upon his own mixed feelings about the partial demolition of St Mary and St Botolph church in Thorney, undertaken to help enlarge Cambridge university – whose buildings he is clearly in awe of.

The book concludes with a celebration of recent conservation schemes and the development of wetlands throughout the fens, and the likelihood of future changes in water levels as a result of climate change.

To go forward, we go back. The ways in which the past informs the present and cutting-edge modern methods of scientific research help professionals like Pryor to build a more intricate picture of the past suggest there will never be any resolution to these competing pressures and desires – but always a hope that, as in the distant past, fenland communities will respond collectively and thoughtfully to present concerns.

Published by Head of Zeus, Price £25