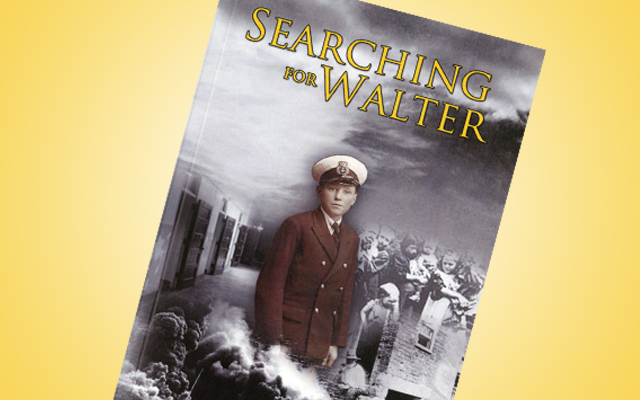 The tragic death of ex-merchant navy officer Walter Bloy when his son, Stephen, was aged just two years old left the young boy fatherless but by his own admission relatively uninterested in the man who was his mother’s husband. Bloy’s research into his father’s life was initiated later, in 2009, in an attempt to claim his war medals, inspired by a BBC documentary.

As the writer’s values shifted over time, a renewed curiosity led him to trace the life of the man he never knew, as well as his wider family. The honesty with which Lincolnshire based Dr Stephen Bloy begins this personal and family history is unusual. One gets the sense of an unexpected but deeply felt necessity to write this historical account spanning 200 years, rather than simply following the trend, in a market currently swamped with family histories of widely varying degrees of interest to the general reader.

There is much for the Lincolnshire reader to savour here, from the grim realities of Victorian life in Grimsby, petty crime and scandal to wartime heroics and relations of local repute. The book considers much of the fabric of social life in England by following the thread of one extended family, told in an inquisitive, yet also self-questioning, manner, with enthusiasm and humour, illustrating that even the most dispassionate academic cannot fail to become emotionally involved in research so close to home. www.austinmacauley.com

EAST MIDLANDS CANALS BY RAY SHILL
Published by Amberley Publishing, Price £14.99
The canals that cut across the English landscape have acted as vital arteries over the years, connecting the East Midlands to the coast and elsewhere, and allowing more trade to help keep the lifeblood of the country flowing deep inland. This short illustrated publication continues Amberley’s wonderful series of history books which reflect the changing landscape and infrastructure of the UK through evocative and informative photographs of selected landmarks. The importance of the Trent as a navigation highway is highlighted in this volume, along with other notable canals, some of which move through our county. Locks, wharfs and waterways past and present are considered as well as the impact of railways and flood relief initiatives, giving a useful primer on the value of this extensive network.

TREACHERY BY ORDER BY FRANK LINTER
Published by A H Stockwell Ltd, Price £7.99
This spy thriller by Grantham based author Frank Linter traces the perilous life of young Helga Thompson, daughter to an English professor and German opera singer, as the Third Reich press her into their exploitative personal service and that of her country at the outbreak of the Second World War. The ominous regalia of the cover image portends the unsettling story that unfolds, as Helga is first orphaned and then forced to submit to the will of a brutal, murderous regime. Helga’s experiences are described without indulging too much in morbid detail. Linter writes with a strict attention to plot development in keeping with the mechanics of any decent page-turning thriller, rather than disconnected psychological expressionism. Those unperturbed by such bleak subject matter will follow Helga as she takes on a new identity, manipulated in the interests of the German cause, and enters England. www.ahstockwell.co.uk

BOOK NEWS
Jamie Oliver has donated a copy of his recent cookbook ‘Save with Jamie’ to all forty-seven libraries and five mobile libraries in Lincolnshire. As economic difficulties continue to place a burden upon families, the book is intended as a guide to making healthy food on a budget.

At the same time, the Save Lincolnshire Libraries campaign has been gathering signatories in an effort to oppose Lincolnshire County Council’s intended plans to reduce the number of council-run libraries. Those interested in reading the particulars of the campaign and associated documents should visit www.savelincslibraries.org.uk

Lincoln’s The Collection will play host to several authors from 30th September – 5th October for the Lincoln Book Festival. This year’s theme is history and confirmed speakers can be found in the Calendar pages in this issue of Lincolnshire Life. Tickets will be kept below £10. Tel. 01522 788224 or visit www.lincolnbookfestival.org

Popular historical fiction author Conn Iggulden will be visiting Waterstone’s High Street Lincoln to launch the first book in a brand new series ‘Stormbird’ – set during the War of the Roses. This is a perfect opportunity for newcomers and longstanding fans to explore his work. Tickets £4. Tel. 01522 540011