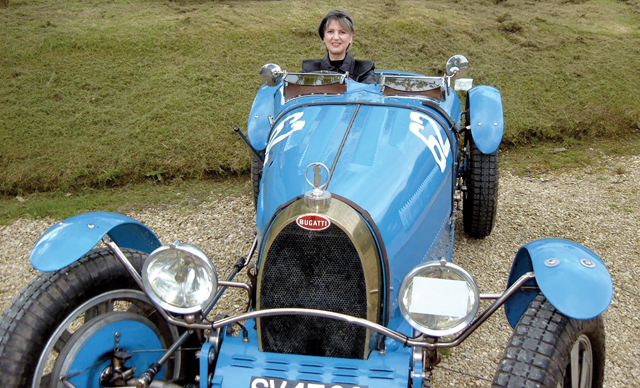 Taking to the local stage

In these celebrity fuelled times, it is both rare and refreshing to find a performer motivated by the fulfilment of her career rather than the need for fame.
Yet Stamford’s Sandra Hunt, whose livelihood revolves around the arts, is adamant about her priorities, insisting, “I’m not an ambitious person. I just want to be stretched as an actor.”

In her small townhouse nestling in the historic centre of town Sandra recalls the time when the prospect of acting first excited her. “In my teens I was introduced to Tom Knowles, a drama teacher at my local comprehensive school in Birmingham. He was inspirational! He aroused and encouraged my interest and became a dear friend.”

So, with enthusiasm and dance lessons already to her credit, at sixteen Sandra swapped the Grammar system she disliked so much for a course at Birmingham Theatre School.

Several years as a dancer in variety shows, cabaret and pantomime followed. “But I wanted to do more studying,” Sandra explains, “so I worked during the day and studied A Levels at night time. Then I went to Bristol University and did a degree in Philosophy and Politics.”

Finally, with her academic goals satisfied, Sandra concentrated on a career in drama. And she’s been passionate about it ever since.

It was while touring throughout England and Scotland where she developed ‘A love of playing theatre in small scale venues where you are a guest of the audience,’ that Sandra met her partner, Fontayne, and went on to discover Lincolnshire.

“When I first visited Fontayne’s family in the Fens I was shocked to realise how lovely the area is and struck by Stamford’s beauty. Later, when we decided to relocate to be nearer our parents we chose Stamford.”

The couple quickly integrated themselves into the local community.

Then Rachel Laurence, whom Sandra had known for some time, moved to a nearby village. The two actors rekindled their friendship and soon struck up a working relationship, forming a theatrical company – Hunt & Laurence – focussing on plays specifically designed for smaller audiences.

As Sandra continued to build up her TV credits she also developed her repertoire on stages around the country with ‘The Ladies of Cranford’, ‘Talking Heads’ and ‘Lady Molly of Scotland Yard’ all proving highly popular.

Sandra’s work has taken her to Quondam Theatre, NTC, Red Ladder and Pocket Theatre. “I love playing village halls too,” she enthuses, “and hope to appear in many more across Lincolnshire. I’m particularly keen to be involved with Lincolnshire Rural Touring Association.”

As an actor, Sandra has developed a resilience which, she believes, is vital in her profession. “You can’t take rejection personally,” she advises. “I often speak to people who are interested in getting into acting and I tell them they have to put up with rejection. Of course, you also have to be prepared to deal with the financial ups and downs.”

Although work often takes her a long way from Lincolnshire, Sandra gets involved with her local community whenever possible. “I spend a lot of time at the Arts Centre. I not only perform there but attend theatre, dance and music events, art exhibitions and film shows. I like to shop locally whenever possible and use the cafes, pubs and library.”

And Sandra clearly feels at home in her adopted town. “What isn’t there to love about Stamford! It has friendly, down to earth people and interesting, up to the minute shops. Whether it’s strolling along the river, across meadows or through the terrific Friday market, Stamford always punches above its weight.”

The access to culture and history via the Arts Centre is also much appreciated by the sixty-one-year-old. “Given our interests, I’m a huge fan of the welcoming and refurbished library, as well as the imaginative and educational museum.”

Sandra’s first solo performance was playing the domineering Fanny Craddock in ‘The Life and Loves of a Kitchen Devil’. This was, she admits, “The most challenging role of my career. It’s a big milestone the first time that you are in a dressing room on your own and waiting for the beginner’s call. Very daunting! But it is such an achievement when you’ve done it.”

Since then Sandra has embarked on other one woman shows including the recently successful ‘Fast Woman’, based on the French model, dancer and champion racing driver, Hellé Nice. The demi monde of 1920s Paris is a full-on character and Sandra launched herself into the part with a level of energy many younger women would envy.

But it’s the responsibility of a one woman show, telling the whole story, taking the audience from beginning to end, in which Sandra delights.

However, Sandra readily acknowledges other professionals upon whom she relies. “I’ve been lucky in having excellent writers to work with: Stewart Howson, Rachel Laurence and the late Julia Darling.”

She also recognises that a good relationship with a director is crucial and is blessed by having her own highly talented director in Fontayne.

In fact, Sandra once tried her hand at directing when her working partner, Rachel, approached her to direct ‘The Key to the Garden’ based on the life of bestselling author Frances Hodgson Burnett. It was, she admits, an enjoyable experience though she’s not tempted to stray permanently from acting.

A self-confessed ‘In the moment person’, Sandra’s favourite character is whichever role she’s performing at the time. However, from her home overlooking the woods of Burghley, she does reveal one ambition. “There’s no specific role I have in mind,” she confesses, “but the combination of glorious language, movement and humour in Restoration Comedy is very appealing.”

Indeed, it is the emotional flexibility of performing and the diverse reactions in every theatrical setting making each performance unique, which is the driving force for Sandra Hunt.

How fortunate for Lincolnshire that such a positive character and successful professional invests her time, career and community spirit in the Fens.