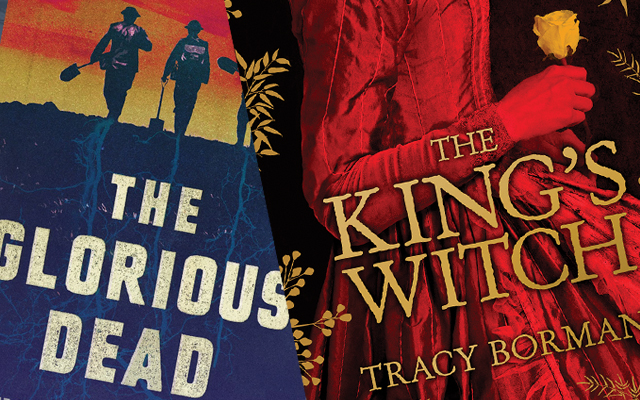 The perfect reads for Christmas

This year, Lincolnshire authors have covered a range of genres from science-fiction and biography to military history and YA novels, while writers from further afield continue to be drawn to Lincolnshire’s unique heritage and stories from the area. Plastic Brain Press has held a series of successful monthly spoken word events, as well as publishing their first books. County born film and television star Jim Broadbent has made a surprise move into the world of graphic novels, with Dull Margaret, his Bruegel inspired collaboration with comic artist Dix, while the late Lincoln born author Penelope Fitzgerald’s work The Bookshop has been adapted for the big screen. And the titles keep coming. Below are a range of books that would make for ideal gifts this Christmas. Look out for our reviews of some of these and the newest publications about the county, or by Lincolnshire authors in 2019.

Also be sure to visit our online shop where some of our reviewed titles and a wealth of other books about Lincolnshire are available to buy – explore at www.lincolnshirelife.co.uk/shop/department/books. Happy reading.

Lines Across Lincolnshire
by Jon Fox

Another widescreen look at the county by photographer Jon Fox that brings to attention the natural and historical lines in the Lincolnshire countryside, focusing on features used or constructed as routes, banks or boundaries. Like his previous book, The Lincolnshire Landscape, it is packed with wonderful large-sized images that reflect the rich variations of colour and character in the county throughout the seasons. The accompanying text provides a wealth of factual detail. Published by Green Plover Books, Price £27.50

Elizabeth Jennings: The Inward War
by Dana Greene
Boston born Elizabeth Jennings, one of the most respected and widely anthologised poets of the second half of the twentieth century is the subject of this richly researched first biography, which draws on interviews and archival materials, and considers the ways in which Jennings’ gender, her deep spiritual commitment to Catholicism and struggles with mental health problems shaped her life and work. In her life Jennings was much admired by her fellow poets including Kingsley Amis, while the Welsh rock band Manic Street Preachers undoubtedly drew inspiration from her poem ‘Song for a Departure’. Published by Oxford University Press, Price £25

Noah Could Never
by Simon James Green
Green, who grew up in Lincolnshire, follows up his debut YA novel, Noah Can’t Even, following that book’s characters, humorously exploring the desires and insecurities of teenage Noah, now in a relationship with his friend Harry. This time there are plenty more unusual developments involving a French exchange student, a drag queen, a diamond heist, and a pyramid scheme. A coming of age caper. Published by Scholastic, Price £7.99

The Glorious Dead
by Tim Atkinson
Published to coincide with the commemorations marking 100 years since Armistice Day, county resident Tim Atkinson’s story begins at the end of the First World War and focuses on the men who were tasked with the unenviable work of clearing the battlefields while beginning to come to terms with the magnitude of what they had experienced. One in particular, Jack Patterson, the protagonist, undertakes the work with an unusual stoicism that belies a secret from his past in England, which only comes to light with the arrival of a visitor in search of Jack’s own grave. A unique approach to the war, combining fiction and archival research. Published by Unbound, Price £16.99

The King’s Witch
by Tracy Borman
The first in a series of novels by historian Tracy Borman, raised in Scothern, centres on the character of Frances Gorges, healer to Queen Elizabeth in her final days, and caught up in the changes and suspicion towards healers that come with the arrival of James I from Scotland, and the scheming of first minister Lord Cecil. Promising intrigue, religious tension and romance, Borman draws on her wealth of historical knowledge to bring the fine detail of the seventeenth century to vivid life. Published by Hodder & Stoughton, Price £16.99

Too Dead for Dreaming
by Richard Daniels
Following on from his genre-crossing novella The Nobody People and Our Bright Dark Summer, this collection of twenty-three short stories bring Daniels’ skill in first-person narration, evocation of local detail and blend of the fantastical and quotidian to the fore again; merging self-doubt and surreality, the everyday and the eerie with a characteristic punchiness and wit. There’s self-help through James Dean, a dissident fairy, and for Christmas, a subversive Santa story. Published by Plastic Brain Press, Price £9.50