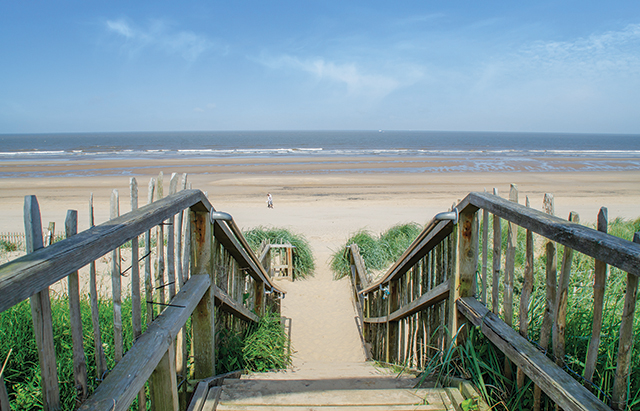 A young Billy Butlin (later Sir Billy) had an unhappy holiday experience on Barry Island when he was locked out of his bed and breakfast accommodation for the whole of the day, as was normal practice in those days. This clearly made a deep and lasting impression on Butlin and would trigger an idea in his head many years later, writes Alan Middleton.
After the First World War, when he returned to England from France, he had only £5 to his name, but made his way to Devon where his uncle, Marshall Hill, was a well-known showman. Billy invested £4 of his £5 in acquiring a hoopla stall from Hill and ran it successfully.

It is said that he sawed the corners off his hoopla blocks thus giving his customers a greater chance of winning. Less profit per customer, but he quickly attracted many more customers. This was a lesson that would stay with Butlin throughout his business career.

He soon had enough money to move to London where he set up a stall in Olympia. Over the next few years he toured the country with Hills travelling fair while his mother ran the Olympia site and before long, he had his own travelling fair.

In 1925 Butlin opened some permanent stalls on Barry Island and in 1927 leased a piece of land in Skegness from the Earl of Scarborough, on which he set up an amusement park with hoopla stalls, a tower slide, a haunted house and a scenic railway. In 1928 he obtained an exclusive licence to sell dodgem cars in Europe.

The first dodgem cars in Britain were to be found at Butlin’s Park in Skegness. By 1930, the park had expanded to include a zoo with lions, zebras and an African village.

Butlin extended his fairground activities to other parts of the country, including one at Mablethorpe in 1928. But with the memory of his holiday on Barry Island still on his mind, Butlin had often wondered whether it might be possible to provide a better type of holiday for working people; one where they were actually encouraged to stay on site between meals and were even provided with entertainment.

The first Butlin’s Holiday Camp was opened by Amy Johnson, the first woman to fly solo from England to Australia, at Ingoldmells, near Skegness, on 11th April 1936, Easter Weekend. The advertisement offered full board accommodation with three meals a day and free entertainment in a self-contained chalet from 35 shillings a week (£1.75).

The accommodation was fairly basic by today’s standards; the chalets were just one room with no en suite, but it was different.

When the camp first opened, Butlin was disappointed that the campers were not engaging with the activities in the way he had envisaged, most just sat in their chalets looking bored. So he asked Norman Bradford, an on-site engineer, to take on the job of entertaining them, which he did with a series of ice-breakers and jokes. By the end of the day the camp was buzzing and the Butlin’s atmosphere was born. Bradford was the first Butlin’s Redcoat. With the coming of the ‘Holidays with Pay Act’ in 1938, Butlin advertised “A week’s holiday for a week’s pay” and “holidays with play”.

Butlin’s has changed considerably since 1936, but still offers a range of family holidays. The Skegness operation is now branded as Funcoast World.