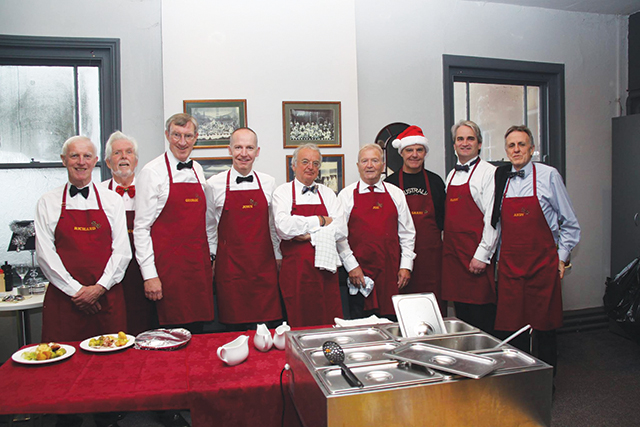 Until the middle of the 19th century, corn was traded on the Lincoln Cornhill in the open air. Corn was a word to describe any cereal crop – not just wheat – and corn merchants, millers and maltsters were buying this directly from farmers.
The farmers would bring samples of their crop and go round the various merchants to see how much they could get for it. The price would depend on a number of factors including the quality, quantity and timing of supply.

The conditions were not ideal for trading; it was subject to all weathers and the area was also used for the sale of horses, carts, harnesses, etc by auctioneers who shouted a great deal, to the extent that corn traders could not hear each other speak.

The people of Lincoln in general and those involved in corn trading in particular started to become aware that other towns and cities were erecting purpose-built corn exchanges. The first of these opened in Mark Lane, London in 1747 and by 1828 London had a second, new corn exchange. Other towns that were early on the scene with purpose-built corn exchanges were Bristol, Liverpool, Norwich, Sheffield, Stowmarket, Bury St Edmunds and Cambridge. Farmers and corn merchants were just starting to acquire a little bit more status and the Lincoln Corporation feared that they might be tempted to take their business to other towns which had proper facilities. The need for public rooms was also growing, first for larger public meetings but also for the many clubs and societies that existed at that time. People started to agitate and in 1838 the Stamford Mercury commented adversely on the fact that the second agricultural shire in the Kingdom was without a corn exchange. Once the requirement for a building was accepted, discussion moved to whether it should be built by the corporation or by a private company and whether it should be built on private land or land in public ownership.

The Lincoln Corn Exchange and Market Company (LCEMC) was formally constituted on 15th February 1847, having original capital of £5,000 in 250 shares of £20. Tenders were invited for the erection of the exchange building in April of that year and the contract was awarded to Messrs Kirk and Parry of Sleaford in June. The foundation stone for the new building on Cornhill was laid with great ceremony in September 1847 and there was even more rejoicing when the first Corn Exchange was opened in March 1848. It was an immediate success. Corn was traded from noon to 2pm on Fridays so there was plenty of time left for other activities.

In 1878 the directors of LCEMC announced that a new Corn Exchange was to be built as the existing one was too small. The new building, nearly half as big again as the old one, opened with a grand concert in December 1879. The main building contractor was Walter and Hensmen of Horncastle. The old building, renamed the Exchange Arcade, was converted to shops. In 1977 there were still around 125 traders operating in the corn market but trading ceased in 1984. During its long life the Corn Exchange has been used for concerts, meetings, entertainment events, bingo, roller skating and as a cinema, the Exchange Kinema, universally known as ‘the Ecky’. It was later changed to the Astoria, but closed in 1956. The Corn Exchange has been very tastefully restored and is now home to the Cosy Club, well worth a visit.