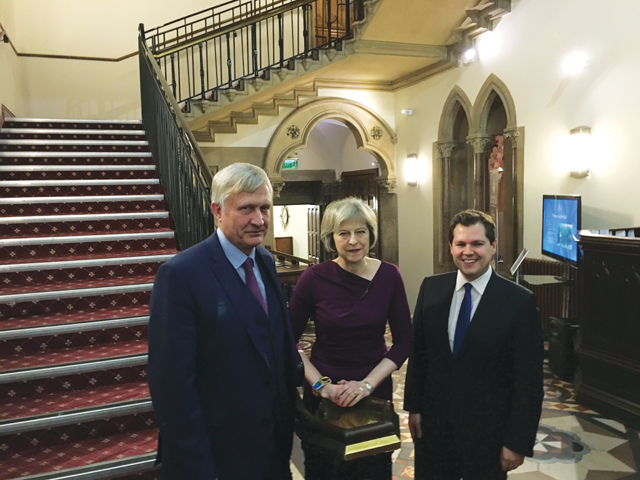 The hunt is on for another journalist to join the team at Lincs FM. As you read this, interviews will be taking place.
We asked director of programming Sean Dunderdale just what makes the perfect candidate and what an average day is like for his newsteam.

“The first thing to say is, there’s no average day. It’s what makes the job so different. You get up in the morning and never quite know how the day ahead will pan out.”

Sean was reading the news on 11th September 2001, known now as 9/11. “It’s almost fifteen years ago yet I still remember it vividly. We could never have imagined we’d be covering such an event, when we arrived at the office that day. Thankfully, days like that are extremely rare.”

Kathy Green was recently promoted to news manager, having joined two years ago.

Sean explained: “Kathy was really thrown in at the deep end, just as the 2014 Newark by-election was taking place. In her first month, she interviewed the Prime Minister twice, London Mayor Boris Johnson, UKIP’s Nigel Farage and Labour’s Ed Miliband.”

The days starts at 4.30am when the morning journalist arrives. Their job is to read the bulletins you hear on Lincs FM from 6am until noon and the day starts with a series of checks on events overnight, from emergency services, emails, calls and national news supplier IRN.

By 8.30am, the reporters are in – brimming with ideas of stories to chase, and a prospects meeting is held at 9am, setting up the day’s agenda. This meeting explores ideas, looks at events happening, worth chasing and deciding the stories you’ll be hearing later that day and even the next morning.

Recently, it involved the plight of beached whales in Skegness and an evening meeting in Newark with Teresa May – an exclusive interview which later also appeared on Sky News, as the Home Secretary gave her views on the EU referendum.

“We have a good relationship with Sky News, who provide us with our national news stories through IRN – Independent Radio News. It’s a two-way relationship, meaning we’ll supply Sky with stories of significant events happening locally.“

At 11am, the afternoon journalist arrives. They’ll read bulletins from 1pm to 6pm.

At 1pm the team check where stories are heading, ensuring they’re on track and work until 7pm – though often much later.

The current team includes Kathy, from Skegness; senior journalists Katie O’Halloran and Andy Marsh (from Sleaford and Grimsby) and journalist Charlotte Reid, who joined after studying at the University of Lincoln.

They’re about to be joined by someone new – but who’s the ideal candidate?

“Really, it’s a good communicator. Someone who enjoys telling interesting stories in a concise, relatable way. Listeners can’t rewind the radio, so you only get one chance to tell your story well – so make it count. You also need to gel with the rest of the team. We’re not the Red Arrows – where the whole team have to live and work together and have ultimate trust in each other – but we do want a team that works well together, that complements each other’s strengths and brings that creative flair to our news bulletins.”