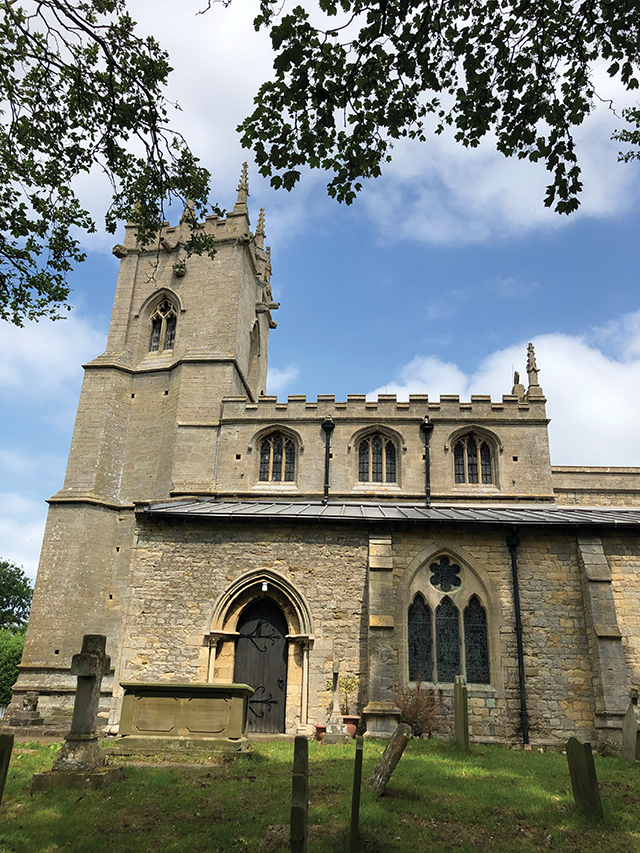 Fiskerton is a commuter village six miles east of Lincoln, situated on the north bank of the River Witham with a population of just over 1,200 (2011 census). The parish church of St Clement, which dates from the 11th century but was restored in 1863, enjoys Grade I listed status and stands on the main road through the village.

Fiskerton has come to the attention of national and international archaeologists on a number of occasions over the last two centuries following discoveries of Iron Age artefacts buried in the fenland peat that surrounds the village. In 1826 a very fine, metre-long decorative shield was discovered in the River Witham between Fiskerton and Washingborough. Now known as ‘The Witham Shield’, it has been dated to the 2nd century BC and is in the British Museum.

Over 150 years later when a dyke was being cleared, a series of posts were found, together with an early to mid-Iron Age sword. Subsequent excavations in 1981 revealed the posts to be a wooden causeway which experts have dated to between 450 and 300 BC. They believe that it was repaired and added to every 18 or 20 years during that period and maintenance of a walkway on such a scale at that time would have been a major feat of engineering.

Hundreds of artefacts were also found around the causeway, including 11 spears, six swords, woodworking and metalworking tools, as well as part of a human skull which had a crescent shaped chop mark, probably inflicted by a sword, but it is thought unlikely that this injury killed the man. It is possible that the Witham Shield was originally deposited beside this causeway.

Twenty years later during further excavations more sections of the causeway were discovered, some of them containing posts several metres long, plus a further large haul of weapons. But the most important discovery of all was two votive Iron Age boats. One of these, known as ‘The Fiskerton log boat’, together with other artefacts, can be seen at the Collection Museum in Lincoln.

The area around the site of the causeway, which is alongside the road to Short Ferry, was opened as the Fiskerton Fen Nature Reserve in 2006. It is managed by the Lincolnshire Wildlife Trust. During the Second World War an airfield was built on agricultural land to the north of the village.

RAF Fiskerton opened in 1943 as part of Bomber Command as 52 Sub-base Station controlled by RAF Scampton. It closed just after the end of the war in September 1945 and the land returned to agricultural use. Very little can be seen of the old airfield now but a memorial to No 49 and 576 Squadrons, RAF, who were stationed at the airfield during the war, can be found by the side of the road between Fiskerton and Reepham.

Another story which put the village on the map is that of the Fiskerton Phantom, a crypto-zoological cat or other creature which was reportedly sighted near Fiskerton and formed the basis for a major character in The Secret Saturdays on the Cartoon Network, an American pay TV channel, launched in 1992. The sighting was reported by four girls between the ages of 9 and 14 who were staying at a caravan park next to the Tyrwhitt Arms at Short Ferry. They described a four-foot-tall, jet black, bear-like creature feeding on a pheasant. The girls, who immediately fled to seek help in the pub also reported finding large paw prints at the location when they returned later. The landlord of the Tyrwhitt Arms confirmed that a motorist had made a similar sighting later that evening near where the girls had been.