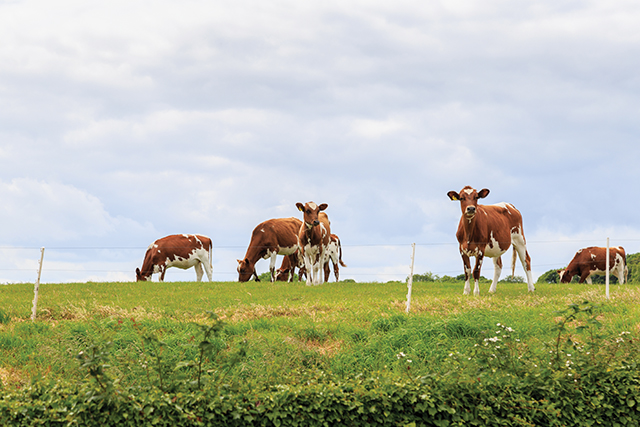 The Lincoln Co-operative began life in 1861, spread out into the Lincolnshire countryside in the 1870s and by the 1880s there was talk of branching out into farming. Alan Middleton tells the story of what happened next.

It would seem that the main driving force behind the farming notion was the secretary, Duncan McInnes, who argued that Lincolnshire had some of the finest agricultural land in the country and that many of the villages where the society had shops depended almost entirely on the farming community for their existence.

McInnes came up with many imaginative and far-sighted ideas, including the provision of allotments, or even smallholdings to be rented to members and a scheme whereby members would work voluntarily on a farm, part-time, and be party to a profit sharing arrangement. Most of these ideas came to nothing although some land was let to members as allotments, but in 1889 a start was made with the purchase of an 11 acre farm at North Hykeham. Two factors influenced the decision to make this move: the society had surplus funds and was on the lookout for new outlets in which to employ them and they had an excess of manure in the stables.

These were very practical people. At first the farm was run as a market garden, with vegetable areas and fruit trees; some pigs were also kept and bred on the farm. By the 1960s more land had been acquired and a small arable farm was being run with one acre set aside for tomato and flower growing under glass. By 1968 it became necessary to discontinue farming at Hykeham because of an attack of eelworm. Planning consent was obtained for change of use and the land was sold to DWL Bocock, a local builder and Hykeham Farm became the Dale View Estate.

In 1910 the Ashfield House Estate at Branston was bought at auction for £10,000 and the society took up the task of farming 360 acres of arable and 51 acres of grassland. The next big adventure into farming was in 1915. This time it was in Welbourn, the site of the society’s first country branch and a village which still had a very warm place in the society’s affections. They eventually bought a 350-acre estate, which was run solely as a dairy farm, first with Lincoln Red cattle but replaced by pedigree Ayrshires in 1948. This could have had something to do with the fact that the new chief officer, who arrived in 1947, was a Scot. Over the years, many animals bred by Lincoln Co-op at Welbourn won awards at important county agricultural shows and in 1971 the society’s Ayrshires won the best of breed award at the Lincolnshire Show and the highest award in all classes at the East of England show in Peterborough.

In 1918 the society bought the Grange and Tile House Beck farms at Bardney for £14,000, but these were sold in 1926 following years of very bad results. In 1950 a 300-acre farm was purchased at Welton and this was run solely as a dairy farm with 200 head of Ayrshires, which again won prizes.

Profits from the farms fluctuated considerably over the years, but I think it would be fair to say that there were more downs than ups. The best years were during and immediately after the two world wars. In the end it proved just too difficult to manage farms at arm’s length. In 1976 when the farms manager left due to continuing ill health, the decision was taken to sell. Farms which had been bought for thousands, or in some cases hundreds, sold for £1.2 million. The experiment had not been a disaster; employment had been provided at a time when it was desperately needed, members had been provided with some quality produce and financially, the deal was well in the black.