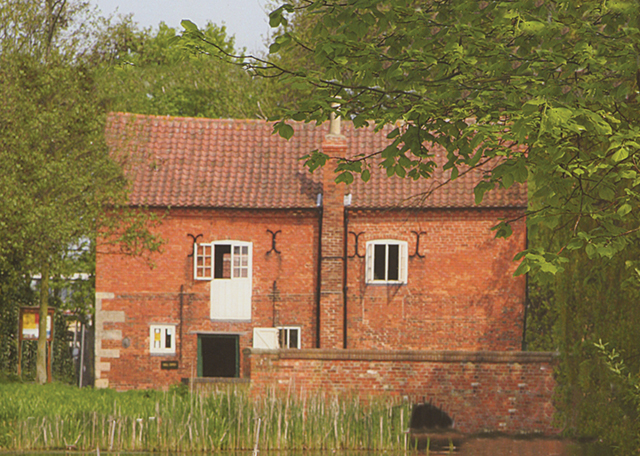 In this issue Alan Middleton takes a look at some of the county’s historic mills which have now become popular tourist attractions.

HECKINGTON WINDMILL
Heckington Windmill is the only eight-sailed working windmill in England and some say it is the only one in the world. It was built in 1830 by Edward Ingledew of Gainsborough for Michael Hare as a five-sailed mill with six floors. Sadly Hare died before 1834 leaving his widow, Ann, with a young son, James. Ann remarried another local miller, Sleightholme Nash around 1836. The mill eventually passed to Joseph Nash, Sleightholme’s son by a previous marriage.

In 1890 the mill was destroyed by fire as a result of a lightning strike and was abandoned by Joseph. In 1891 John Pocklington of Wyberton Mill bought the eight-sailed mill cap and gear of the defunct Tuxford’s mill at Skirbeck. It was a condition of the sale that he had to remove all the machinery from the mill site, so he bought the wrecked Heckington mill and during 1891 and early 1892 he fitted the mill cap and gear to it and started it working for the next 54 years.

The mill stopped working in 1946 following Pocklington’s death but was reopened in 1986 and is now run by the Heckington Mill Trust. The mill underwent major restoration in 2004 and in 2014 the sails were replaced. It is open to the public regularly and has a shop, visitor centre and brewery.

COGGLESFORD WATERMILL
Located in Sleaford, Cogglesford Watermill is believed to be the last working Sherriff’s watermill in England. There is archaeological evidence of a Saxon mill on the site and records in the Domesday book of later mills; the present redbrick structure dates from the 18th century with alterations from the 19th century. The ford from which the mill takes its name is where the Roman road now called Mareham Lane crosses the river Slea.

The mill is open to the public throughout the year and stone ground flour made using certified organic wheat is on sale at the mill shop along with other local supplies such as honey, preserves, crafts and gifts.

MOULTON WINDMILL
This is thought to be the tallest tower mill in the UK at 100 feet over nine floors. Located between Spalding and Holbeach, the mill was built in 1822 by Robert King and was a fully functioning windmill but on 20th December 1894 the sails were damaged in a huge gale and were removed the following year. Soon afterwards a steam engine was installed to power the mill.

AW Tindall leased it from the King family until 1921. The Biggadike family, who took over the tenancy in 1924, continued to mill small amounts of animal feed until 1995. From that point on, unfortunately, it started to fall into disrepair. A local campaign was established to restore the Grade I listed mill to full working order.

In 2003 it was featured in the first series of BBC Two’s Restoration programme. The project won a large Heritage Lottery Fund grant, which, together with many local fundraising events has meant that the Friends of Moulton Mill have succeeded in raising enough money to restore and refurbish the mill’s structure and add a new cap. The new white ogee, which weighs 14 tons, is visible for miles across the flat fenland landscape.

A shop and cafe have been added for the benefit of the many visitors. The Friends of Moulton Mill have encouraged local people to ‘sponsor’ a sail shutter.

In March 2007 the mill ground flour again. The reefing gallery, an external balcony which is 40 feet from the ground, was restored in June 2008. New sails were fitted on 21st November 2011 to complete the community restoration. The whole project took 14 years to complete and cost nearly £2m. On 28th April 2013 the first bag of flour in over a century was ground with wind power.