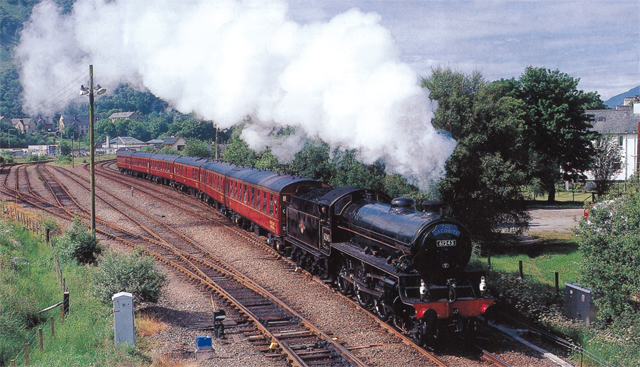 Words by:
Alan Middleton Featured in:
May 2011
Share Article

The railways reached Lincolnshire around the middle of the nineteenth century. Prior to that the county had been virtually isolated except by waterways.
The roads were either poor or non-existent, so the Witham and the Fossdyke played a vital role. Trains first reached the city of Lincoln in 1846 and other major towns soon afterwards. Eventually the whole county was covered by a web of lines, until most villages of any size had a service. This brought about a revolution in more ways than one.

The effect on the economic and commercial life of the county is difficult to overstate, but the arrival of the railways made an equally important impact on the leisure scene. By using this amazing new mode of transport, ordinary working people could move around the county and beyond for the very first time.

When branch lines reached the Lincolnshire coast day trips were about to be born; quiet, unspoiled fishing villages were soon to be transformed. First Cleethorpes in 1863, then Skegness in 1873, Mablethorpe in 1877 and finally, Sutton on Sea in 1886. A day’s holiday at the seaside was now possible and the Victorians liked the idea.

On August Bank Holiday 1863 it is said that an amazing 30,000 people arrived by train at Cleethorpes and on the same holiday in 1874, 10,000 trippers descended upon Skegness, at a time when the population of the village was around 500. In 1906 92,000 people took advantage of a three shilling return fare from King’s Cross to Mablethorpe, including 5,400 on August Bank Holiday.

These were magical days for the railways which eventually brought about another major leisure activity, trainspotting. On practically every railway station you would see a crowd of boys, rarely girls, marking off the numbers in their little books. Many of those ‘little boys’ now diplomatically called ‘seniors’ still retain an interest in the romance of the steam train.

But during the 1950s and 60s working families started to become car owners and the glory days of the trains were soon over. Then along came Dr Beeching, acting on a government brief, and much of the branch network was closed. It was a very sad time for the rail enthusiasts but not the end. You can still get to Skegness or Cleethorpes by train but not Mablethorpe or Sutton. The crowds of yesteryear on these lines are no more, today’s crowds head for the steam preservation railways which are enjoying great success, such as the Severn Valley, the North Yorks Moors, the Nene Valley or, closer to home, the Lincolnshire Wolds Railway which runs out of Ludborough. Or perhaps a full day out on a special train, often pulled by a steam engine, to Devon, the Lake District, York and Scarborough, maybe Scotland, the possibilities are endless.

The railways have certainly had their ups and downs in little more than 150 years. Main line and commuter trains are now very busy and people are enjoying the restored lines purely for pleasure, some for the first time, some reliving the joys of their youth.