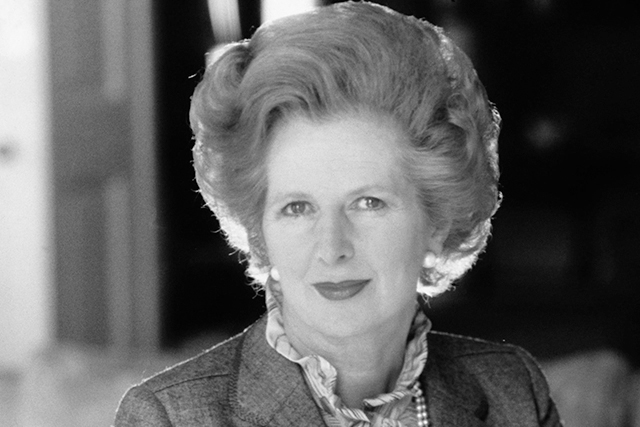 A Soviet journalist dubbed her ‘The Iron Lady’, a nickname that became associated with her uncompromising politics and leadership. Britain’s first female Prime Minister was born on 13th October 1925 above her father’s grocery shop in North Parade, Grantham.

The younger daughter of Alfred and Beatrice Roberts, Margaret was brought up in a strict Wesleyan tradition. Her father was a Methodist lay preacher – and a member of the local council – and the family attended Finkin Street Methodist Church.

Politically, Alfred was from a Liberal family, but stood for the Council as an independent. He was Mayor of Grantham in 1945/46 but was removed from his position as Alderman in 1952 after the Labour Party won control of Grantham Council; an act, many believed, for which Margaret never forgave them.

Margaret attended Huntingtower Road primary school and at the age of 10 won a scholarship to Kesteven and Grantham Girls School. Her school reports speak of a hard working girl whose out of school activities included piano, hockey, poetry, swimming and walking. She was Head Girl in 1942/43. Whilst in the sixth form she decided to sit the entrance examination for Somerville College, Oxford a year early. Unsuccessful in 1942 she was accepted in 1943 and graduated in 1947 with a degree in Chemistry.

From the beginning Margaret joined the Oxford University Conservative Association and in 1946 became the first female to be elected president of the Association. It is said that, whilst at Oxford, she was greatly influenced by political works such as Friedrich Hayek’s The Road to Serfdom, which condemned economic intervention by government as a precursor to an authoritarian state.

At the 1945 General Election she canvassed for the Conservatives in Oxford and Grantham and often addressed the audience before the candidate. Following graduation, Margaret started work as a research chemist with BX Plastics in Essex. Early in 1949 she was adopted as the Conservative candidate for the safe Labour seat of Dartford, becoming, at the age of 23, the youngest female candidate in the country. Soon afterwards she moved to the research department of J Lyons and Co. in Hammersmith and obtained lodgings in Dartford. It was in Dartford that she met Denis Thatcher, a wealthy, divorced businessman at a Conservative Association dinner.

Margaret Roberts married Denis Thatcher in 1951 and fairly soon left full-time employment to study law. In 1953 the twins Carol and Mark were born and in 1954 Margaret Thatcher was called to the bar. In 1958 she was adopted as the Conservative candidate for Finchley and was elected to Parliament in 1959. She remained MP for Finchley throughout her House of Commons career.

From 1961 she was a junior assistant to the Minister of Pensions and National Insurance, a position she held until 1964 when the Conservatives were defeated. She was Education Secretary in Edward Heath’s government from 1970.

Following two Conservative defeats in 1974 there was a leadership election in 1975 and, as no one else seemed prepared to stand against Heath, Margaret did – and won. Margaret became Prime Minister when the Conservatives won the 1979 election, and remained so until 1990. She was created a life peer in 1992, taking the title of Baroness Thatcher of Kesteven in the County of Lincolnshire.

Baroness Thatcher died in London in 2013 and received a ceremonial funeral in St Paul’s Cathedral with full military honours.