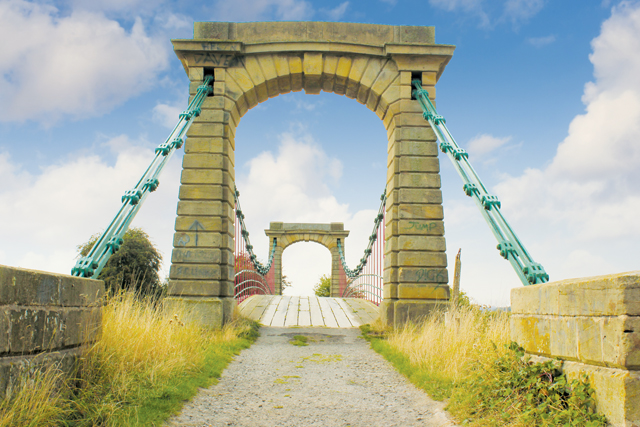 Draining the East, West and Wildmore Fens north of Boston presented a multitude of challenges for centuries. The driving force behind the eventual solution was our own Sir Joseph Banks, botanical explorer, who spent every autumn at Revesby Abbey on the north edge of the West Fen. And it was the eminent engineer, Sir John Rennie who produced a workable plan.
Rennie was born near Dunbar in Scotland in 1761, where he attended the local school but left at the age of twelve to serve an apprenticeship under Andrew Meikle, the millwright. After two more years of formal education he returned to the millwright.

By the time he was nineteen he was working independently, designing and building water-powered corn mills. Banks first met Rennie in 1785 and in 1798 Rennie was elected a Fellow of the Royal Society. Their association was to prove extremely important for the agricultural prosperity of Lincolnshire, and it is difficult to overestimate the value of the engineering contribution which Rennie and his son, also Sir John Rennie, made to the county.

The three fens were held in common by forty-eight parishes and big landowners, led by Sir Joseph, needed to find a way of reconciling the competing interests, to enable them to extract some value from the land. Towards the end of the century it was, in fact, Sir Joseph who persuaded the major landowners to consider the problem as a whole. They met in Horncastle in August 1799 and authorised an investigation by John Rennie on the best way forward.

Rennie was then at the height of his reputation and produced his report seven months later. He proposed a three-point plan: to construct catchwater drains around the northern edge of the fens, to intercept water draining from the Wolds and convey it separately to the Witham; to make new cuts to drain the interior fenland; and to improve the existing outfalls and sluices. There were objections, of course, but Sir Joseph managed to resolve the conflicts, chairing meetings at Boston, Spilsby and Horncastle. The result was three Acts of Parliament, one for draining the three fens, one for dividing and enclosing East and West Fens and a third for dividing and enclosing Wildmore Fen.

The Acts were passed in 1801, with amendments in 1803. Work commenced in 1802 and took eight years, employing many men. Rennie’s grand scheme was carried out and remains little changed to this day.

The catchwater drain for the Wildmore and West Fens started near Coningsby, meandering north and east before turning south near East Kirkby – eighteen miles long with a fall of six inches per mile. The East Fen catchwater started near Little Steeping and made a great curve west and south to join the other catchwater at Northlands, the combined waters flowing south to the Maud Foster.

New drains were cut through Wildmore and West Fens and the Anton’s Gowt and Maud Foster Sluices were deepened and improved.

Rennie’s work earned him the title of ‘Dragon Slayer of the Lincolnshire Fens’, but he and his son left their mark in so many other ways. Horkstow Bridge, at the end of a minor road off the B1204 north of Horkstow, is a little gem of civil engineering designed by John Rennie Junior and built in 1834.

The original masonry and ironwork remain, making it one of the oldest suspension bridges in Britain – although currently not usable. Rennie Junior was also responsible for South Ferriby Sluice, which separates the Ancholme Navigation from the tidal Humber. There are too many examples of the work of the Rennies to cover in this short article, but we are clearly indebted to them.