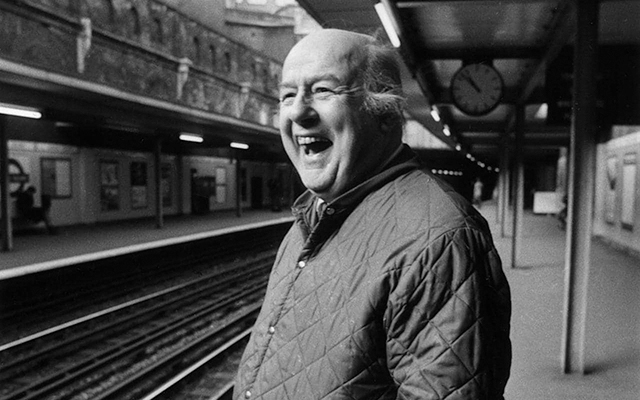 The work of poet and broadcaster Sir John Betjeman reflects a lifelong fondness for Lincolnshire, finds Alan Middleton.
John Betjeman was born in London in 1906 and lived in Highgate for most of his childhood. After school he went to Magdalen College, Oxford. His first book of poems was published in 1932; he wrote extensively for newspapers and magazines and went on to become a popular television presenter. He was knighted in 1969 and appointed Poet Laureate in 1972. He was always very concerned about the preservation of our heritage and was a key campaigner in the fight to save St Pancras station from demolition, for which he was honoured with a statue.

Betjeman adored Lincolnshire, which, after Cornwall, he said, was his favourite maritime county. He was drawn to the county in a number of ways. His mother’s family came from the Spalding area, he loved Tennyson and he had many friends here.

He loved Lincolnshire’s churches and place names and these came together in the first of his Lincolnshire poems, ‘A Lincolnshire Tale’. It reflects a part of the Wolds he knew well from frequent visits to his friend Noel Blakiston at his father’s rectory at Kirkby on Bain. Kirkby is in fact the first word of the poem. All the other place names are fictitious but they do sound very Lincolnshireish.

We could speculate about which church fits Betjeman’s description but it is most likely a combination of several. When he made a recording for the BBC at Gunby Hall in 1961 he introduced the piece by saying, “Lincolnshire is like a separate country. It is off most main roads, a wide rolling landscape of silvery church towers, villages of old red brick with groves of beech and ash and lime outlined against enormous skies.”

Betjeman’s second Lincolnshire poem, ‘A Lincolnshire Church’ is based on St Margaret’s at Huttoft. The poem reflects on the poor state of the churchyard, a local woman and an American connection, inadequate restoration of the church building and the postwar drabness of England. But when he enters the church, all is light and beauty. And he is somewhat taken aback because there he meets Rev Theophilus Caleb, an Indian born Christian priest, vicar of Huttoft, quite a surprise in deepest rural Lincolnshire.

Betjeman clearly thought a lot of our county, suggesting on one visit that we should have our own flag (which we now have) and on another that there should be separate passport arrangements for Lincolnshire (which seems unlikely).

He loved Louth and often stayed with his friend Jack Yates in Westgate. “Louth,” he wrote, “is one of the less known but most attractive towns that we possess.” He called Stamford “the finest stone town in England”. He also describes the Lincolnshire limestone and cliff, Ermine Street, the fens, and the Wolds, which are, he said, “an unexplored variant of the Sussex downs”.

The third Lincolnshire Poem, ‘House of Rest’, is set in Woodhall Spa and the subject is loss and loneliness in old age, very topical at the moment. Betjeman was obviously fond of Woodhall, describing it as, “something unexpected, that half timbered Bournemouth like settlement, among silver birches, heather and rhododendron. With its tree lined streets, the unique Kinema in the Woods and the Headquarters of England Golf, Woodhall is a gem in the heart of the Lincolnshire countryside.”

And of the county town itself, he declared, “uphill Lincoln has great charm. I have got a really comfortable feeling to think that I am in Lincoln, in the heart of Lincolnshire.”