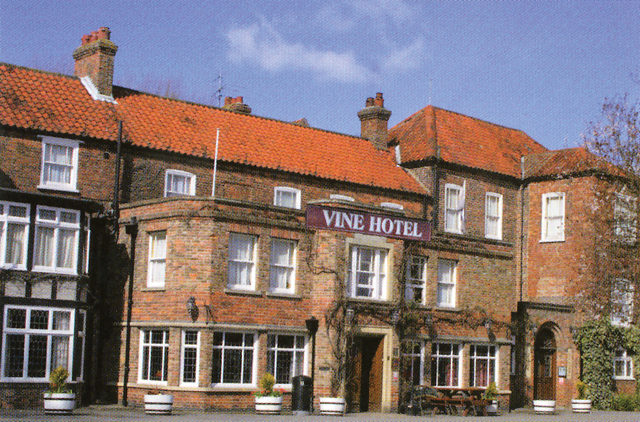 Words by:
Alan Middleton Featured in:
May 2016
Share Article

In the 17th, 18th, and 19th centuries the Lincolnshire coast was a major hotbed for smuggling in Britain.
The conditions were perfect for this illegal activity: a thinly populated area meant few prying eyes; small tidal creeks which could easily be navigated by small boats but were almost impossible to access by foot; and salt marshes where illicit goods could be hidden away to be recovered later by those who knew how to access them safely. It also had the advantage of being close enough to the Dutch coast and the Dutch gin and tobacco markets.

The economic conditions at the time were also right for smuggling. Most people on the Lincolnshire coast lived in poverty, earning what little they could from fishing, salt panning, wildfowling or samphire gathering. Smuggling was an easy way to make a little extra money and occasionally enjoy something closer to luxury than their normal existence. Most coastal dwellers were engaged in some sort of illegal activity.

During this period, village inns, particularly those on the coast, were places which were shunned by the better off and the coastal villagers had no time for outsiders. The Vine Hotel in Skegness was the haunt of a famous gang of smugglers in the 18th century. Skegness at this time was no more than a small fishing village, but became an important centre for smuggling goods from Europe. This eventually came to the attention of the authorities and a Customs Officer was dispatched to Skegness. No sooner had he arrived in the town than he disappeared, never to be seen or heard of again. There was a good deal of activity immediately after he went missing and desperate attempts were made to find the poor man, but with no success. Decades passed and the story of the missing Customs Officer was forgotten.

By 1902 Skegness was starting to develop as a tourist resort and the Vine Hotel was renovated and enlarged to accommodate the growing number of visitors. During the building work a skeleton was discovered in a wall cavity, dressed in a uniform with brass buttons and carrying the Royal insignia. The skeleton was estimated to be 150 years old and the speculation was that it was the missing Customs Officer, as it was at the Vine that he had last been seen alive. Since then phantom footsteps have been reported coming from empty rooms in the hotel, glasses and bottles have been seen floating in midair and it is claimed mysterious, murky figures hover around the building. Is the murdered Customs Officer still haunting the Vine Hotel?

The most notorious of the Skegness smugglers were Thomas Hewson and James Waite. Hewson was a tailor by trade but left his family in Anderby to pursue a less honourable career. He was suspected of the murder of a young man from Sloothby. He was known to have lured the boy away from his employer and was caught with a watch belonging to the youth, but the body was never found and Hewson was never charged. Waite was caught smuggling many times and had three boats confiscated and sawn in half.

When he was not in prison Waite lived at Ingoldmells. An indication of his status can perhaps be judged by the fact that at one time all Skegness Coastguards carried a picture of him with the caption, ‘James Waite, the notorious smuggler’. Smuggling on the Lincolnshire coast seems to have continued very much longer than in southern England, perhaps because of the isolated nature of the most popular landing beaches and the difficulty of patrolling such a long coastline from coastguard stations which were frequently unmanned.