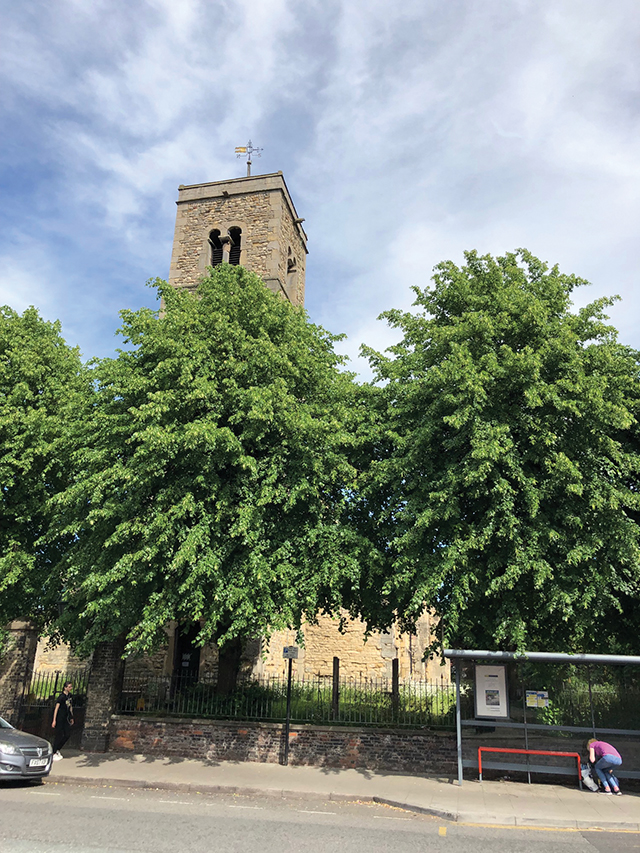 The north aisle and porch were added in 1852 to designs by William Adams Nicholson. The chancel was enlarged in 1887 by C Hodgson Fowler. A hanging rood was installed in 1920 by Temple Lushington Moore and the bells date from 1872, by the London founders Mears and Stainbank. Records show that the first organ was already in place in 1872, built by TH Nicholson of Worcester. This was replaced by two further organs by Nicholson in the 1920s and 1949.

My association with St Peter’s goes back to the 1950s when the vicar, who had already been there for some years, was Canon Gilbert Houlden, known to ‘us lads’ as King Gilbert. The assistant curate was John Womersley, who came from Grimsby. Canon Holden eventually retired to Sutton on Sea and John left Britain for, what was then, Southern Rhodesia.

In the ’50s and ’60s, St Peter’s attracted very substantial attendances; you needed to be there in good time to be sure of a seat at evensong. There was also, at that time, a very good choir, involving 20 boy trebles, one alto, four or five tenors and four or five basses. There were usually half-a-dozen young boys sitting in the front pews waiting to join the choir when one of the trebles moved on.

There were some people in the choir you may remember: Peter Banks, who went on to be a well-known Lincoln estate agent was Head Boy; Les Shepherd, who went on to be Mayor of Lincoln, was a bass – and yes, I was in the tenor section.

On Monday evenings there was the ‘Vicarage Lads Club’ (no girls). This offered the chance to socialise and play a variety of board games. It ran from 6pm to 8pm for all boys and 8pm-9pm for seniors only.

On Sunday evenings after church the Young People’s Fellowship (YPF) was held in the church hall in Vernon Street. By any standards this was a very successful youth club and for males and females this time. Attendances averaged 50-60 and occasionally 70 plus. It was a very sociable club with activities including speakers, musical entertainment, dancing, quizzes, drama and discussion groups.

One of the highlights of the year was the annual outing by coach, usually to Scarborough or Great Yarmouth. There was a campaign every year to go to Blackpool, but it never happened. We did get to Morecambe one year but, set against our hopes of Blackpool, it was not an outstanding success.

There was a table tennis room at the church hall and in those years St Peter’s fielded up to 10 teams a season in the Lincoln and District league.

As we got older, the lads found that going home at nine o’clock on a Sunday evening was not very appealing, so we borrowed the hall key under some spurious pretext and had some copies made. We would then wait at the top of Vernon Street until everyone else had left and let ourselves back in for further unsupervised entertainment which went under the name of ‘Supper Club’. This involved a card school and what would now be called an ‘all day breakfast’. We nearly burnt the hall down a couple of times but not quite.

St Peter’s also had a very successful Mothers’ Union at this time and the relationship with the lads from the YPF was, shall we say, somewhat delicate. This could be because, amongst other things, we used their cards for the card school and I’m not absolutely sure that we always put them back in exactly the correct order, but there was never any violence, nobody got injured. At the end of the day the generation gap proved just too difficult to bridge – maybe it still is.