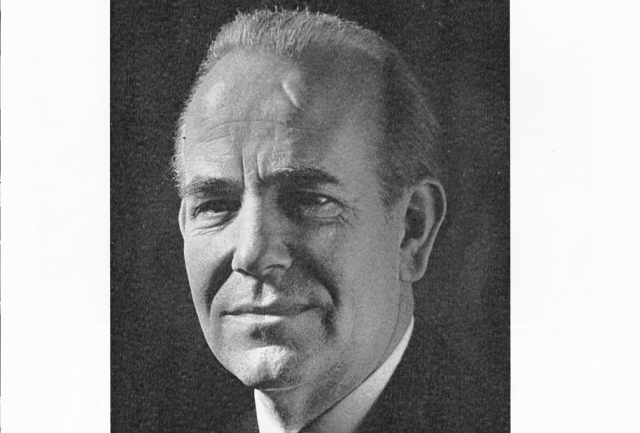 Steve Race, the son of a lawyer, was born on 1st April 1921 in St Catherine’s, Lincoln and started playing the piano at the age of four or five. It is said that by the time he was six he could improvise virtually any piece of music he heard. It was decided that he should have formal piano lessons and his first teacher was Miss Elsie Harrison.

By the age of eight he had taken up the xylophone and was also playing the organ for services at the old Lawn Mental Hospital on Union Road. Race attended the Lincoln School (now Lincoln Christ’s Hospital School) from 1932 where he became friends with Alex Cullen and they formed a jazz duo – Steve on the piano, Alex on drums. The pair drifted apart somewhat when the future Professor Cullen became more interested in science than music. A little later, a jazz band was formed which included a young Neville Marriner who became one of the world’s great conductors of classical music.

At the age of 15 Race auditioned before the Lincoln born Professor Frederick Jackson and became a student at the Royal Academy of Music, of which he eventually became a Fellow. During the Second World War, he volunteered for the Royal Air Force and served in various parts of Britain; almost inevitably, while in the RAF, he formed a jazz quintet.

After the war he joined the BBC, which was the start of a long and distinguished career. His mastery of music and sharp wit meant he was in great demand for panel games and magazine programmes. After spells with the bands of Lew Stone and Cyril Stapleton, he formed his own band. In 1949 his jazz group recorded the first British bebop records.

As a composer Race produced a number of pieces of jazz, classical and pop music. One of his better known compositions is the short melodic piano instrumental ‘Nicola’, which was named after his daughter and won the Ivor Novello award in 1962. ‘The Pied Piper’ was also popular and reached No. 29 in the UK singles chart in 1963, but his best known, and according to Race himself, most lucrative composition, was his music for the Birds Eye frozen peas jingle, ‘Sweet as the moment when the pod went pop’. For a number of years in the mid 1970s, ‘The Pied Piper’ was played as Queens Park Rangers ran onto the pitch at the start of each game at Loftus Road, where Race was a season ticket holder and great fan.

Having said all that, Steve Race is probably best known as chairman of the popular quiz show My Music, which started on Radio 4 but successfully transferred to television and ran from 1967 to 1994, over 500 episodes in all. Steve set all the questions, over 15,000 he estimated, to two teams led by comic writers Frank Muir and Denis Norden, who were supported by John Amis and Ian Wallace. Steve asked questions, played music on the piano and there was a good deal of messing about; possibly the sort of thing that would only work in England.

Race’s autobiography was published in 1979 and in 1988 he published a book about his grandfather, Joseph Russell Race, who started life as a lead washer at a Weardale open cast lead mine and went on to be a Wesleyan Missionary in China, where he died of typhoid aged 32.

Steve was always close to his brother, Philip, a partner in the Lincoln Law firm, Andrew, Race, Hill and Mason in St Swithins Square, now Andrew and Co on Nettleham Road.

He is survived by his daughter, Nicola, who lives in North Yorkshire.