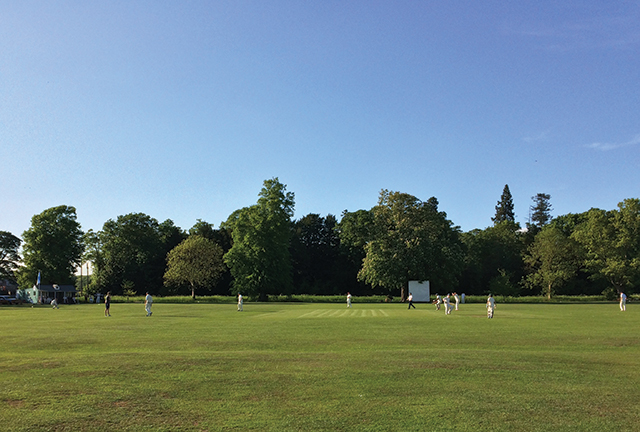 A quintessentially English pastime, village cricket was once the Sunday activity of choice for men all over the country.

The village green would be lovingly tended from April to September as fathers, uncles, brothers and sons walked out to the crease up and down the country. But in recent times the ECB (England and Wales Cricket Board) have reported the number of players involved in the sport are falling 5% year on year, the death of village sides largely responsible.

The SM Cricket Lincoln & District League was established in 1900 and is a typical case study of the local game in England. Only four years ago the league had five divisions, but since then has reduced to its current four divisions and 37 teams. But despite this, one village club has gone against the trend and found themselves capable of beginning a second side.

Revesby, a village home to just 243 residents, is now turning out two teams as players travel from as far as Newark and Northamptonshire to contest in both the Premier Division and Division Three.

Revesby Cricket Club’s rise from the now-defunct Division Four to the Premier Division in five years (2011-2016) has seen more or less the same squad promoted to a standard on par with local cricket powerhouses Woodhall Spa and Boston – and more impressively holding their own. For a club using a pavilion with one changing room and no electricity to be capable of contending with sides containing overseas professionals such as Prasanna Jayawardene (now the Sri Lanka national team’s wicket-keeping coach), is no mean feat.

After holding on to their elite status in the county game for the third successive season, an Extraordinary General Meeting – held at local pub, The Red Lion last October – saw the club’s players debate whether a second team was a viable approach. Conscious of the need to recruit a core of youthful players capable of carrying the club forward as the existing stalwarts of the club – in their own words – “aren’t getting any younger”, an off-season crusade fronted by Rob Jeffery (second team captain) now sees the club comfortably find two elevens. In fact, the recruitment drive has been successful enough for tongue-in-cheek suggestions of launching a third side.

Despite the introduction of new faces, Revesby have been keen to maintain the healthy ethos which has seen the club rise through the Lincoln & District Leagues. Rob Jeffery and Ian Roberts – Revesby’s second and third highest scorers in the last fifteen seasons, with over 6,000 runs between them – agreed to take on the captaincy and vice-captaincy of the second eleven as a key strategy to maintaining ‘The Revesby Way’. Whilst outwardly appearing a touch haphazard – visiting sides lament the open changing room and lack of showering facilities – the club holds itself to a high standard both on and off the pitch.

The inclusive ethos which the club employs sees opportunity given to new faces regardless of ability and from the outset the team has aimed to make sure second team players are not sacrificed for the more talented first teamers when they have a Sunday off. To put it simply, they are ‘going about it the right way’, preserving a traditional village cricket feel at a club which now stands alongside Woodhall Spa, Bracebridge Heath, Lindum, Sleaford and Boston in its ability to field two teams.

No doubt the club will face difficulty; double-headers threaten to see the club realise its fears and struggle to find 22 available players. But with a competitive first team playing at the top level and a second team in its embryonic stages currently fielding players from the ages of 14 to 68, Revesby are a growing force in the diminishing field of village cricket, with a tenacious attitude to succeed.