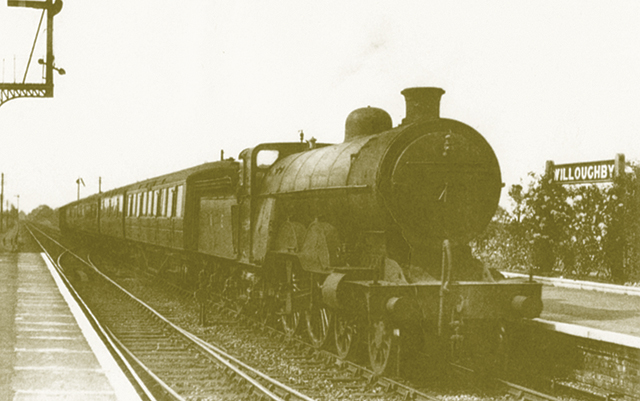 It is an indication of the extent of railway mania in the 1840s that an advertisement was placed in the Stamford Mercury by Messrs Bubble and Squeak of Scredington and Timothy Teaser of Burton Pedwardine for a Bridge End, Burton Pedwardine and Scredington Railway. It has not been possible at this distance in time to establish whether this was anything more than a joke. However this particular line was not one of those included in the thirty-nine railway bills.

Such research as was undertaken in 1844 indicated that there would certainly be enough traffic to justify a line from Louth to Grimsby and there was strong support for running the line all the way from Boston. Interestingly, the justification centred almost entirely on the transportation of livestock, fat stock, coal, manufactured goods and articles of merchandise. There was little or no reference to passenger traffic.

Like all innovative schemes, the ELR attracted plenty of opposition from those whose interests were best served by retaining the status quo. Fortunately, the opponents were in the minority and when the East Lincolnshire Company announced its proposals on 16th April 1845 for ‘The East Lincolnshire Railway’ it had plenty of influential supporters, including The Earl of Yarborough, Lord Willoughby d’Eresby (both significant landowners in the area), a number of prominent Lincolnshire MPs and the Mayor of Louth. The relevant parliamentary bills were given Royal Assent on 26th June 1846.

Work started on the section of line between Louth and Grimsby in January 1847 but the contractor was soon in trouble for working the men on Sundays. In a campaign which the Lincolnshire Chronicle led, the paper took great exception to what it called ‘a gross violation of the Sabbath’. Articles appeared in April and again in June, and later in June several of the workmen (not the employer) were fined in the Local Magistrates’ Court.

This section of the line, operated by GNR, opened on 1st March 1848 with interim stations at Ludborough, North Thoresby, Holton le Clay and Waltham. The line reached Firsby on 3rd September 1848 with stations at Legbourne, Authorpe, Aby, Alford, Willoughby and Burgh le Marsh.

The final section from Firsby to Boston was completed by the end of September 1848 with intermediate stations at Little Steeping, East Ville, New Leake, Hob Hole and Sibsey. The opening of each section of line was greeted by large crowds and much celebration.

In the early days the line enjoyed great success, with people visiting parts of the county previously inaccessible to them. But it was not to last and it finally closed to passenger traffic on 5th October 1970, following the ‘Beeching Report’. The section between Louth and Grimsby survived another decade as a freight only line. That might have been the end but for the efforts of a group of dedicated volunteers who formed a preservation society in the 1990s and the Lincolnshire Wolds Railway was opened in 2009, with trains regularly running from Ludborough to North Thoresby – it’s lovely and well worth a visit.