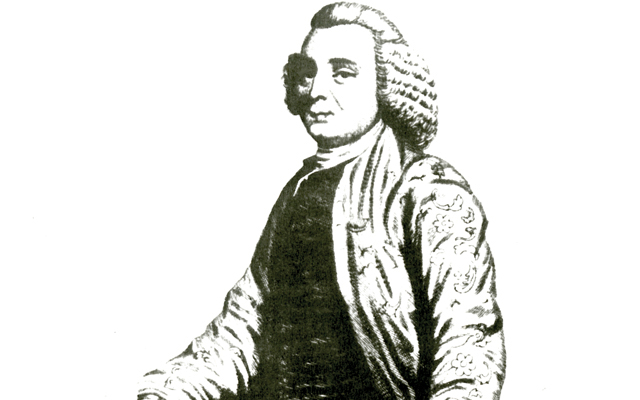 The excesses of a clergyman – Revd. Dr William Dodd

William Dodd was born in Bourne in 1729 the son of the vicar. William was a bright lad who went off to Cambridge in 1746 and achieved a BA degree. But mixing with wealthier and more affluent students he also acquired a liking for the high life.
After Cambridge he headed for London in search of a literary career and the bright lights, the latter leading him into debt. On one of his visits to the theatre he met and later married Mary Perkins, the daughter of a domestic servant. Mary was a very attractive girl, but the marriage did nothing to improve his finances or his social status.

William did some writing and in 1752 enjoyed a major success with ‘The Beauties of Shakespeare’, which brought him some of the fame he craved. He was, however, still spending far more than he earned and in 1753 his father persuaded him to take holy orders and he was appointed curate at a church in West Ham. He also preached at other churches but none which brought him to the attention of the rich and famous which he desperately desired.

In 1758 a new and controversial charity emerged ‘for penitent prostitutes’, which opened in the name of Magdalen Hospital. Dodd was appointed Chaplain at £100 a year. The chapel there provided a base from which he could launch a preaching career, which would bring him to the attention of much more influential people.

The now flamboyant Dodd became a popular preacher who attracted large crowds. The chapel was packed every Sunday and the congregation included well-known names from the West End, many travelling by specially chartered coaches.

In 1763 he was appointed Chaplain to the King and tutor to Philip Stanhope, later 5th Earl of Chesterfield, but money was still a problem because of his extravagant lifestyle. In 1774, in an attempt to secure the lucrative position of Rector of St George’s, Hanover Square, he tried to bribe Lady Apsley, wife of the Lord Chancellor. When his actions were exposed he was dismissed from all his existing posts. He became a figure of public ridicule, being taunted as Dr Simony in a West End play. He fled to France until the scandal died down.

On his return in 1777 he tried to clear his debts by forging a bond for £4,200 in the name of the Earl of Chesterfield. The forgery was eventually detected and Dodd was tried and convicted. Crime was widespread at this time, with few preventative measures and no organised police. The only real deterrent was to punish severely the few who were actually caught. Dodd was sentenced to death.

Being something of a celebrity Dodd was able to secure a private room in the old Newgate Gaol and entertain all the visitors he wanted. A petition was signed by 23,000 people including Samuel Johnson, but all went unheeded and the day of his execution arrived. Such were the crowds that it took three hours to travel the two miles to the gallows at Tyburn.

Dodd was hanged on 27th June 1777 alongside a youth who had stolen 30 shillings. Dodd’s supporters were hopeful to the end. Executions were so inefficient in those days that it was often possible to cut a man down and revive him in a hot bath, but the crowds were so huge that they were not able to get him to the bath in time. So ended the life of one of Lincolnshire’s most notorious clergymen.