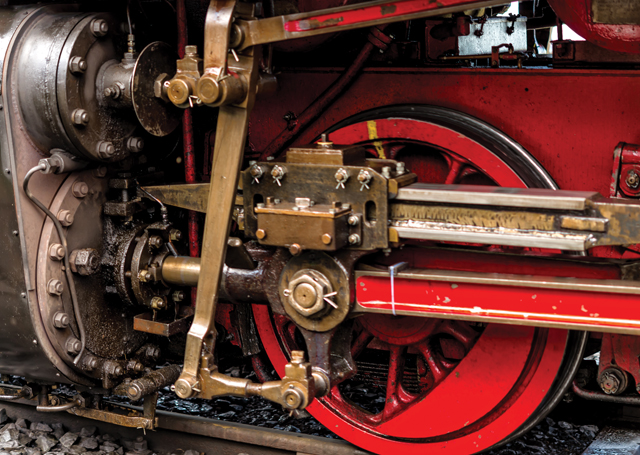 It was one of the worst rail disasters ever in Lincolnshire and one of the greatest mysteries in British railway history. It all started at 8.45pm on 19th September 1906 at King’s Cross in London, when the Scotch Express pulled out, bound for Edinburgh Waverley, a station it was destined never to reach.
The first stop was Peterborough, where both engine and crew were changed. The train was made up of ordinary coaches and sleepers, mail and parcel vans. It left Peterborough on time at 10.20pm and was due in Grantham at 11pm, its next scheduled stop.

The signals at Grantham South were set at caution and the signalman at Grantham North had all his signals at danger. In addition the points to the north of Grantham were set on to the Nottingham line, to accommodate a goods train which had just trundled through.

Waiting on the northbound platform at Grantham were a few prospective passengers, some railway staff and postmen awaiting the arrival of the mail train. Looking south they spotted the lamps of the Scotch Express as it approached the station and began to realise something was very wrong; the train was still travelling at high speed, possibly over 50mph.

The station staff and postal workers could only watch in horror as the train flashed past them heading north, where the points would lead it onto the vicious curve of the Nottingham line. Seconds later it hit the points and lurched into the left hand bend.

Sixty yards further on the branch line twisted through a reverse curve and the locomotive’s tender came off the track. Catching the parapet of the bridge over Harlaxton Road, it dragged all of the carriages off the track as well. The locomotive was pulled over onto its side and the carriages piled up behind it, some of them sliding down the embankment, others spread over the tracks, a tangled wreck.

Fourteen people died in the accident, including the driver and fireman, the only two people who knew why the train had not stopped. The government’s Railway Inspector, Lieutenant-Colonel von Donop attended the scene in an attempt to discover what had happened. He interviewed many witnesses but heard more speculation than hard evidence. He examined the background of the driver and fireman in detail.

The driver was Fred Fleetwood, forty-five years old with eighteen years’ experience, who had worked the same train the previous two nights. He had recently been off work with sciatica. The fireman was Ralph Talbot, a management trainee, who was doing a spot of firing as part of that programme.

Some other drivers commented that firing the heavy Scotch Express would have been too much for such an inexperienced man and suggested that Fleetwood might have had to help out; could that have disturbed the pair?

The signalman in the Grantham South box reported that the driver and fireman were standing on either side of the footplate looking ahead quite normally as they passed him.

The girlfriend of Talbot suggested that Fleetwood had a drink problem, whilst some witnesses said they heard Fleetwood shouting at stations between Peterborough and Grantham. Some said that driver and fireman had been fighting, but others swore there was no-one on the footplate at all.

The inspector was unable to establish whether the brakes had been applied or even whether they were working properly. Some concluded that Fleetwood must have been taken ill with sciatica or even a heart attack or seizure, but the Grantham rail accident remains a mystery to this day.