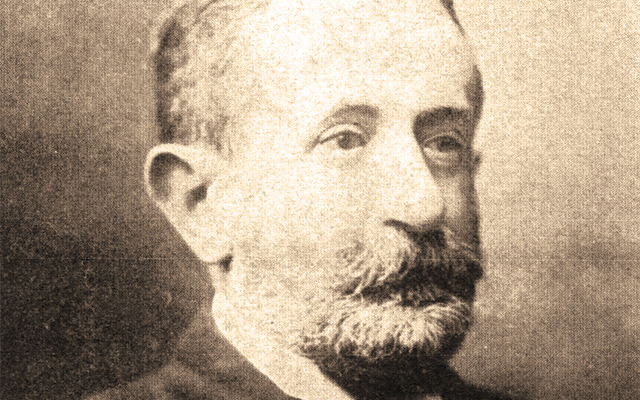 The life of Tommy Lidgett

Tommy Lidgett was born in 1844 at Cherry Valley Farm in Rothwell, now world famous for its duck production. When he was five he walked every day to school at Caistor, a round trip of some seven miles.
By the time he was nine he was earning tuppence a day helping with cows and scaring off birds with a gun and some powder, but no shot.

When Tommy was twelve his parents moved to Thorseway Grange and he then earned sixpence a day working with horses and sheep until, aged sixteen, he went to work for a local farmer. The following year he moved to a job at the top of the Wolds from where he could feast his eyes on the sailing ships at sea beyond the marshland, which gave him an appetite to sail and see the world.

In 1864, at the age of twenty, Tommy finally left home. On leaving, his mother gave him a halfpenny piece with the instruction that he was to keep it until he was hungry and had nothing else in the world, he could then buy a halfpenny bun. He treasured that coin until the day he died.

He walked the twelve miles to Grimsby with his bundle of clothes and immediately obtained work as a docker but the pull of the sea was still strong and he soon took a job as cook on the fishing smack ‘Fidelity’. He was very seasick and was relieved when, after a week, the ship returned to Grimsby, where he remained for five years working on the coal dock.

In 1870, a travelling auctioneer by the name of Rees asked Tommy to join him in business which he promptly did, but a year later, with just £24 to his name, he decided to set up in business on his own account selling watches, clocks and jewellery, first in Grimsby, then in Gainsborough and finally in Lincoln.

Tommy worked hard, business was booming and before long he had three shops in Boston, one in Cleethorpes, two houses in Grimsby and a shop and auction room in Lincoln. But in 1889 he was hit by two dramatic events: his mother, whom he had loved dearly, fell ill and died and weeks later, his bank failed and he lost most of his money. Tommy started to smoke and drink heavily and fell into a deep depression.

In an attempt to escape, he joined a fishing vessel at Grimsby which was heading for Icelandic Waters and was at sea for two weeks. Once back on shore he returned to Lincoln and had a serious breakdown and remained unwell for over a year. In that year a group of his friends started to meet regularly to pray for his recovery. Slowly he did start to feel more like his old self.

He went to Sleaford and started his old business of selling watches and again he prospered. He attributed the improvement to the power of prayer and from that experience he became a strong advocate of faith in God and an inspirational preacher.

His first public address was at North Kyme Wesleyan Chapel and to his own astonishment he spoke for sixty-five minutes to an enthralled audience. From then on he preached in many chapels as well as in the market places where he traded. There are many examples of selfless acts of kindness which Tommy believed were the result of divine intervention. In 1908 he attended a Salvation Army Service in Wainfleet where he spoke powerfully for forty-five minutes. The hymn that followed was ‘Are you ready if the Death Angel should call?’ Tommy was ready. Halfway through the hymn he collapsed and died.